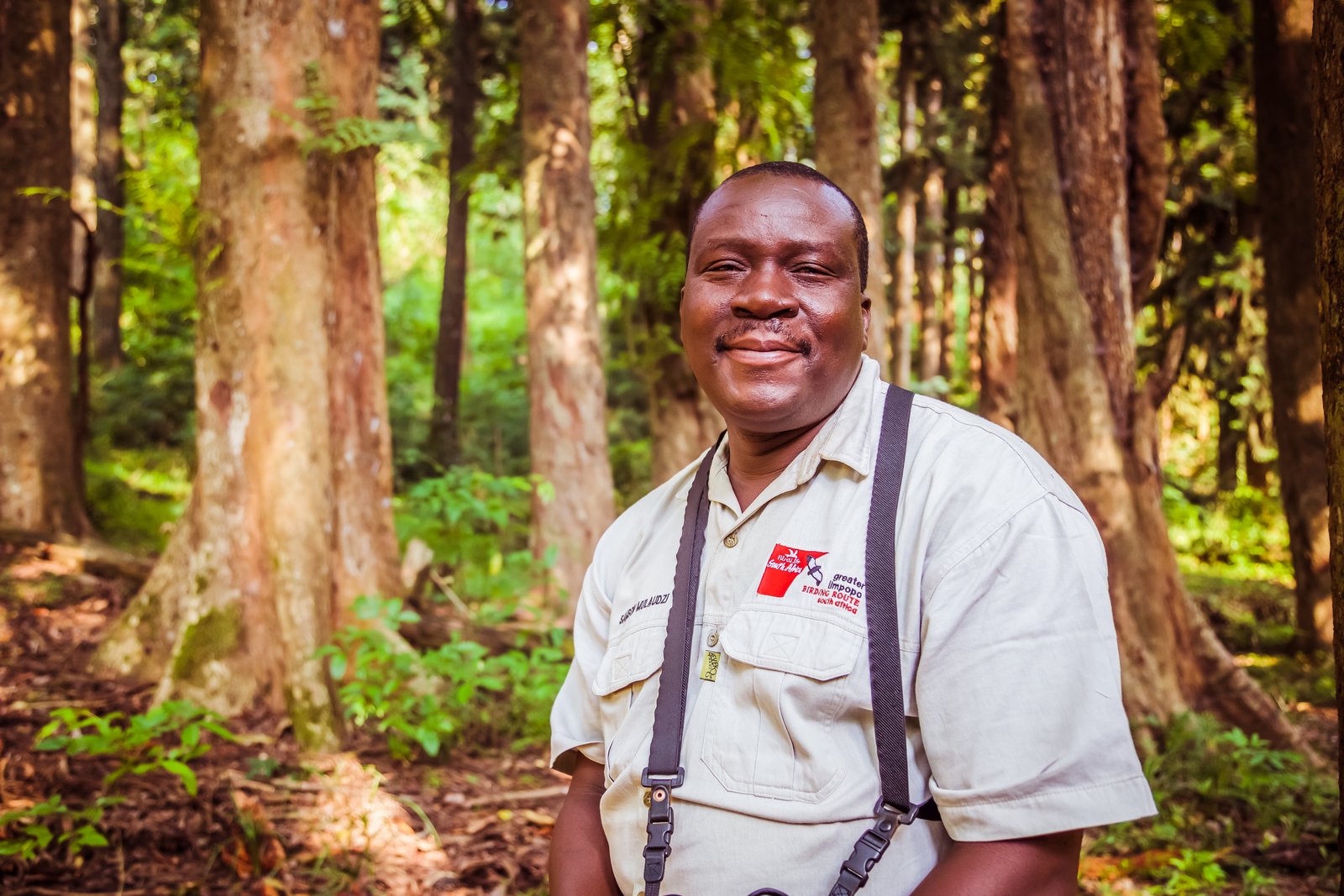 More about the guide:

Samson Mulaudzi trained as a BirdLife South Africa guide in 2005 and won an Owl Award in 2012 for his contribution to avian conservation and education through the Mottled Spinetail Conservation and Education Project in Sagole, Limpopo as well as the Birds in Trees Project in the Soutpansberg. He is based in the central Soutpansberg area and can guide birders to the Albasini Dam, Muirhead Dam, Roodewal, Entabeni and the Hanglip forests as well as to Venda and northern Kruger Park. Samson is always on the lookout for species as Black-crowned and White-backed Night Heron, African Finfoot and Osprey as well as Buff-spotted Flufftail and rarities such as the Rock Pratincole which have turned up on occasion in his patch. Hanglip Forest, an easily-accessible Afro-temperate mist-belt forest has resident Scaly-throated Honeyguide, White-starred Robin and Yellow-streaked Greenbul whilst Roodewal Nature Reserve is renowned for its fairly reliable sightings of the elusive African Broadbill. Samson has stake-outs for this enigmatic bird, as well as for the Gorgeous Bush-Shrike, Eastern Nicator and Green Twinspot in this forest. His other hot-spots include the Levubu Post Office where the Grey-headed Parrots come to feed in the large Mobola Plum tree in the summer months and Muirhead Dam, the only reliable place in South Africa to find Blue-spotted Wood Dove. Samson enjoys his interactions with the various birders he has met who in turn have appreciated his passionate love of birds and birding.