Ithala Game Reserve is situated between the Ngotshe Mountain in the South and the Phongola River in the north. Covering an area of over 29 000 hectares in size, Ithala is dominated by an undulating topography with rolling hills, high cliffs, wooded drainage lines, riverine forest, grassland and thornveld habitats. Moreover, with an immense altitudinal difference of over 1000m, the reserve attracts an incredible diversity of species including well over 330 bird species.

After entering the gate, follow the Onverwagt Loop which passes through rich upland grasslands. Here, the near-endemic Blue Korhaan is the primary target. Several pairs occupy this section of the reserve and are best searched for in the early mornings when they are most vocally active. Other species include the stately Secretarybird, Southern Bald Ibis, Common Ostrich, Croaking Cisticola, Yellow-throated Longclaw, three species of pipit (African, Plain-backed and Buffy), Red-capped Lark, and African Quailfinch. In wet years, the irruptive Cuckoo-finch has also been encountered in areas of long grass near the main entrance. Overhead, watch for the Red-breasted Swallow which breeds here in the summer months. Further along, turn towards the Ntshondwe Camp (after the airstrip), which takes one down to the Phongola picnic site or to the Bergvliet Loop. The Bergvliet Loop follows a ridge line and offers sublime views down to the Phongola River. Grasslands near the top of the ridge often yields the nomadic Black-winged Lapwing as well as Nicholson’s Pipit; the latter preferring rocky sections.

Along the Phongola River, look for African Fish Eagle, Goliath Heron, and African Black Duck. Several species of Kingfisher occur including the Giant, Pied and sought-after Half-collared Kingfishers. The African Finfoot may also be seen, but prefers to remain within dense overhanging vegetation at all times.

The loop down to the Phongola picnic site is the most productive loop in the reserve, traversing areas dominated by thick bush clumps and riverine forest patches. In these habitats, listen for the rattling call of the Scaly-throated Honeyguide. The reclusive Eastern Nicator and both the Grey-headed and Gorgeous Bush-shrikes may similarly be seen in this section of the reserve and are best detected by their loud calls. Other species include the Violet-backed Starling (mainly in summer), Narina Trogon, Red-capped Robin-chat, and Collared Sunbird. The sweet-singing Striped Pipit may be seen in rocky areas near the river itself, while the shy Mountain Wagtail prefers stream crossings with rocks. The picnic site on the Phongola River affords visitors with the opportunity to explore the riverine thickets on foot. This area is most productive in the mornings and could well yield the Purple-crested Turaco, African Green Pigeon, Grey Tit-flycatcher, Tambourine Dove, Brown Scrub-robin, White-throated Robin-chat and Red-headed Weaver in addition to many of the aforementioned species.

The Ntshonwe Camp is situated on the lower slopes of the mountain, in areas dominated by thornveld and savannahs. Here it is possible to see the shy Olive Bush-shrike, Emerald-spotted Wood Dove, Bearded Woodpecker, Striped Kingfisher, both the Sabota and Flappet Larks, Shelley’s Francolin, Scarlet-chested Sunbird, Yellow-breasted Apalis, Red-fronted Tinkerbird, Cape Batis, Jameson’s Firefinch, Green-winged Pytilia, and Golden-breasted Bunting. Two short walks lead from the camp into the mountain where one may also add the Cape Rock Thrush, Buff-streaked Chat, Cape Grassbird, Southern Boubou, Greater Double-collared Sunbird, Cape Weaver and Cape White-eye. Watch overhead for Jackal Buzzard and for the resident pair of Verreaux’s Eagles, as well as for the Alpine and African Black Swifts. The Cinnamon-breasted and Cape Buntings may be found on rocky slopes nearer the top, while the Freckled Nightjar is common by voice after dark. Check herds of the larger mammals for the Red-billed Oxpecker.

The many seeps in the eastern section of the reserve support a healthy population of Red-chested Flufftails, along with Black Crake and African Rail. Seeing any of these species requires perseverance and patience.

The Louwsberg sub-route is situated in an area of medium to high altitude (300-100m above sea level) in far northern KwaZulu-Natal. Three important rivers transect this route including the Bivane, Phongola and the Mkuze – all of which are flanked by rich sub-tropical vegetation and have cut impressive valleys through the predominantly dolerite and granite rock. These rivers act as corridors, facilitating the movement of species further inland. Among these are the White-backed Night Heron, Mountain Wagtail, Half-collared Kingfisher, Jameson’s Firefinch, Red-headed Weaver, Grey Penduline-tit and Short-tailed Pipit. Given the altitudinal range, the region is also known for its diversity in plants – which far exceeds any other areas in Zululand. Near the top of the Louwsberg rub-route is Bivane Dam – one of the most floristically diverse areas in South Africa. Ithala Game Reserve is then one of the flagship reserves of Ezemvelo KZN Wildlife, while other sites on the sub-route include the iGwala gwala Nature Reserve, Ngome Forest and the Thangami Safari Spa.

Access and facilities:
Ithala Game Reserve is under the management of Ezemvelo KZN Wildlife.

Recommended accommodation nearby:
A number of accommodation options are available through Ithala Game Reserve including 2, 4, 6, 8 and 10 sleeper chalets as well as a large campsite. Amenities in chalets range from chalets with a communal kitchen, to fully-equipped chalets.
The nearest Birder Friendly Establishments are in the towns of Pongola and Jozini. For more information, please visit:
http://www.birdlife.org.za/go-birding/bird-friendly-establishments/kwazulu-natal/ 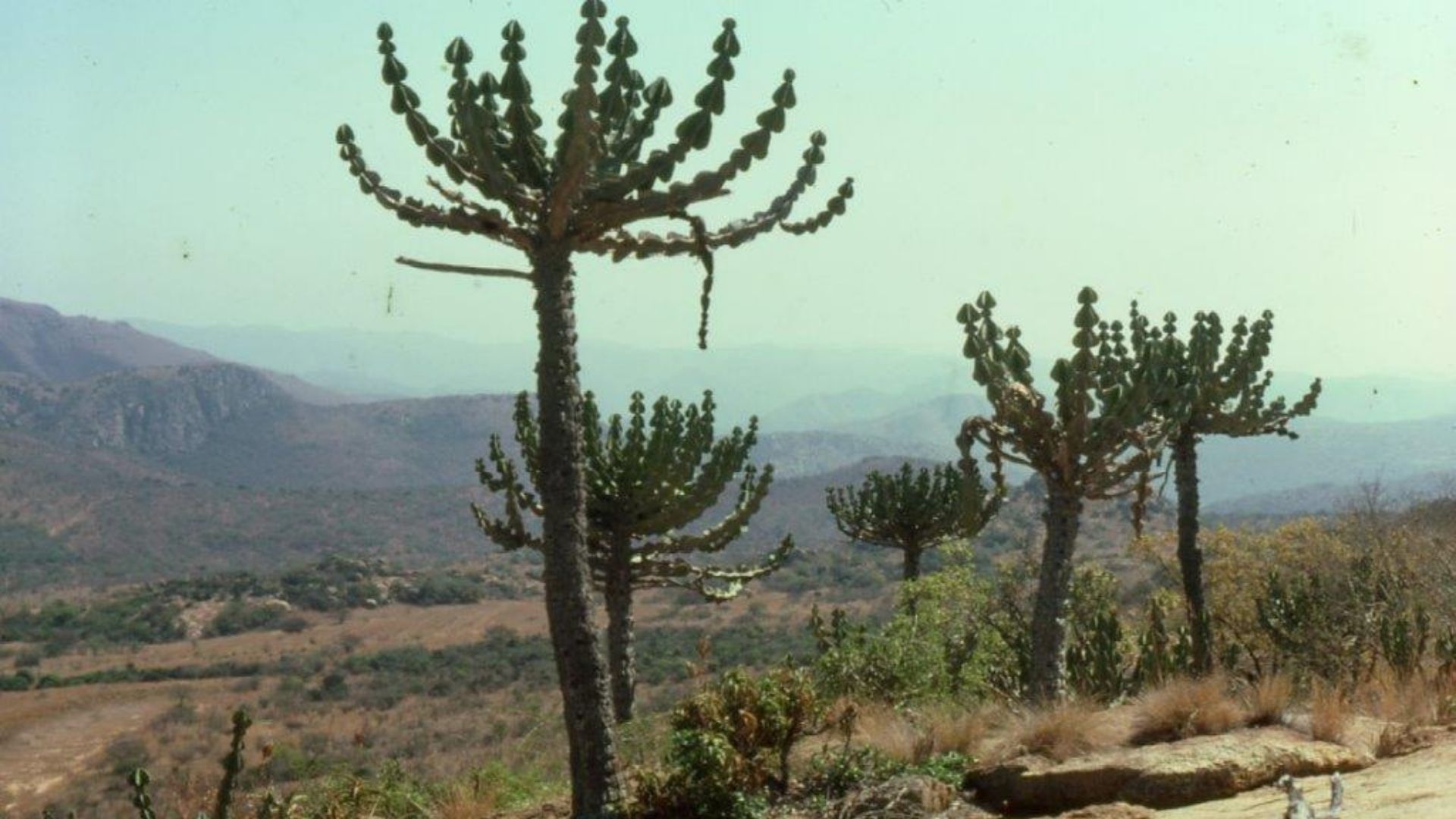 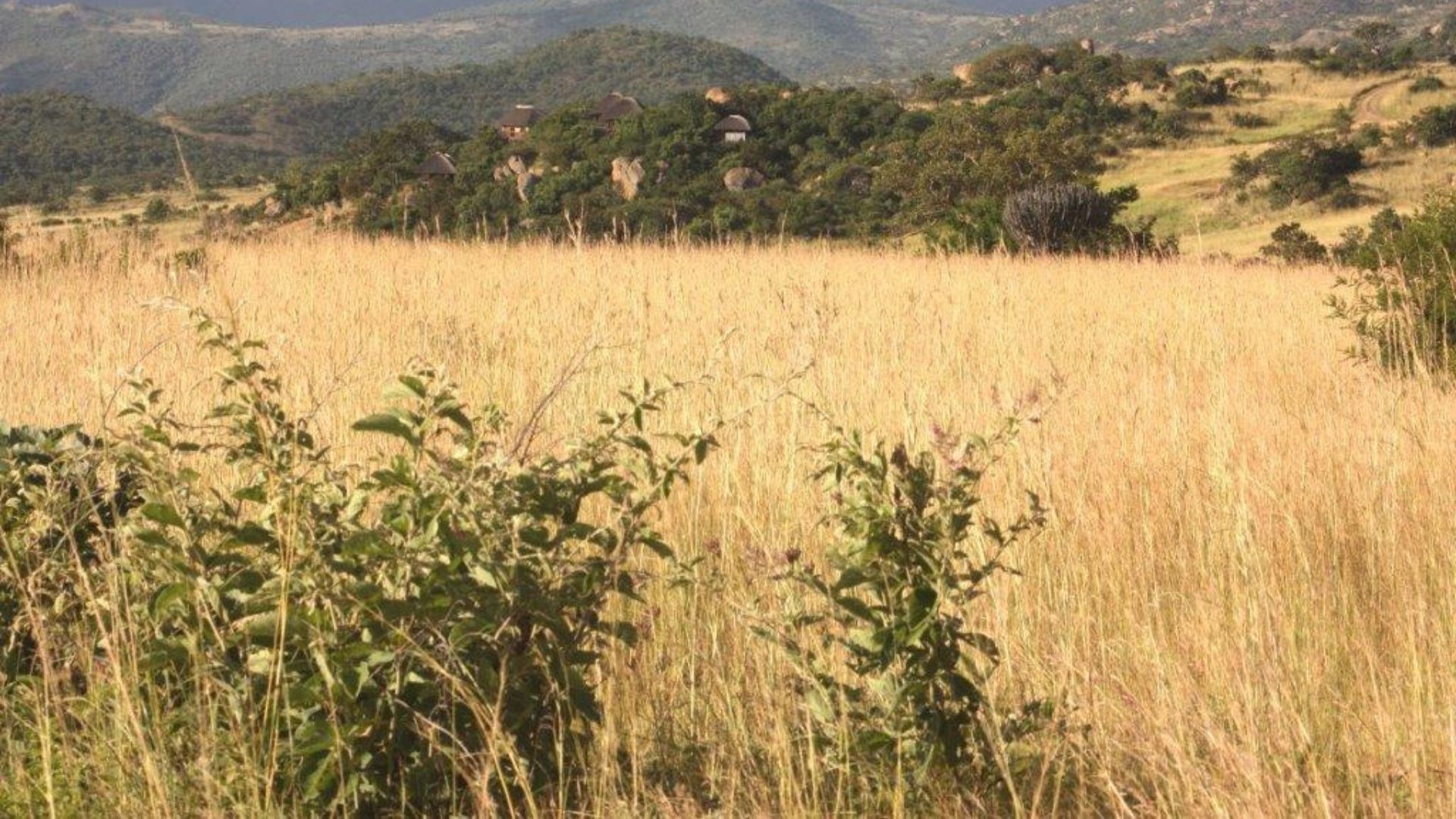 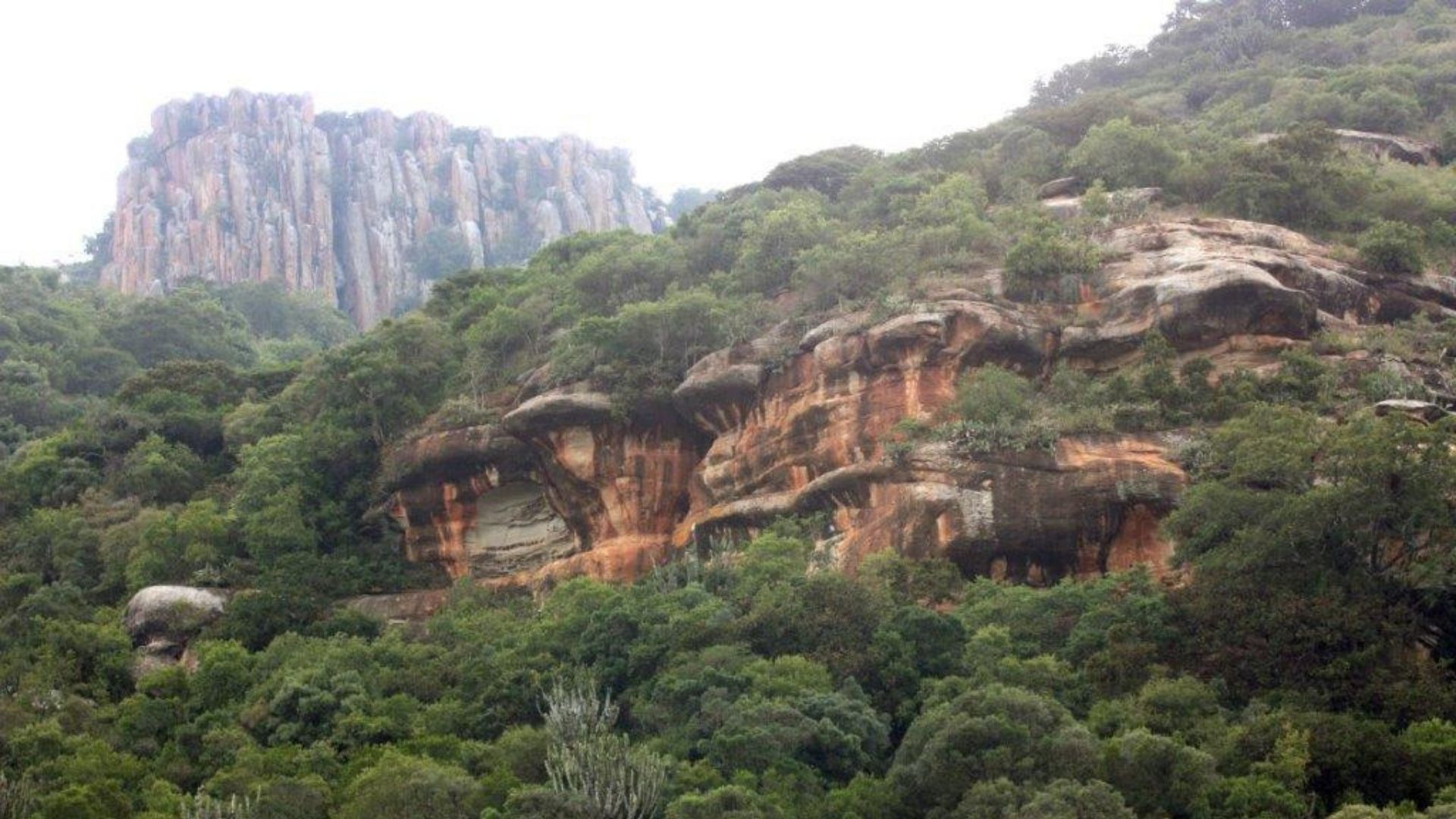 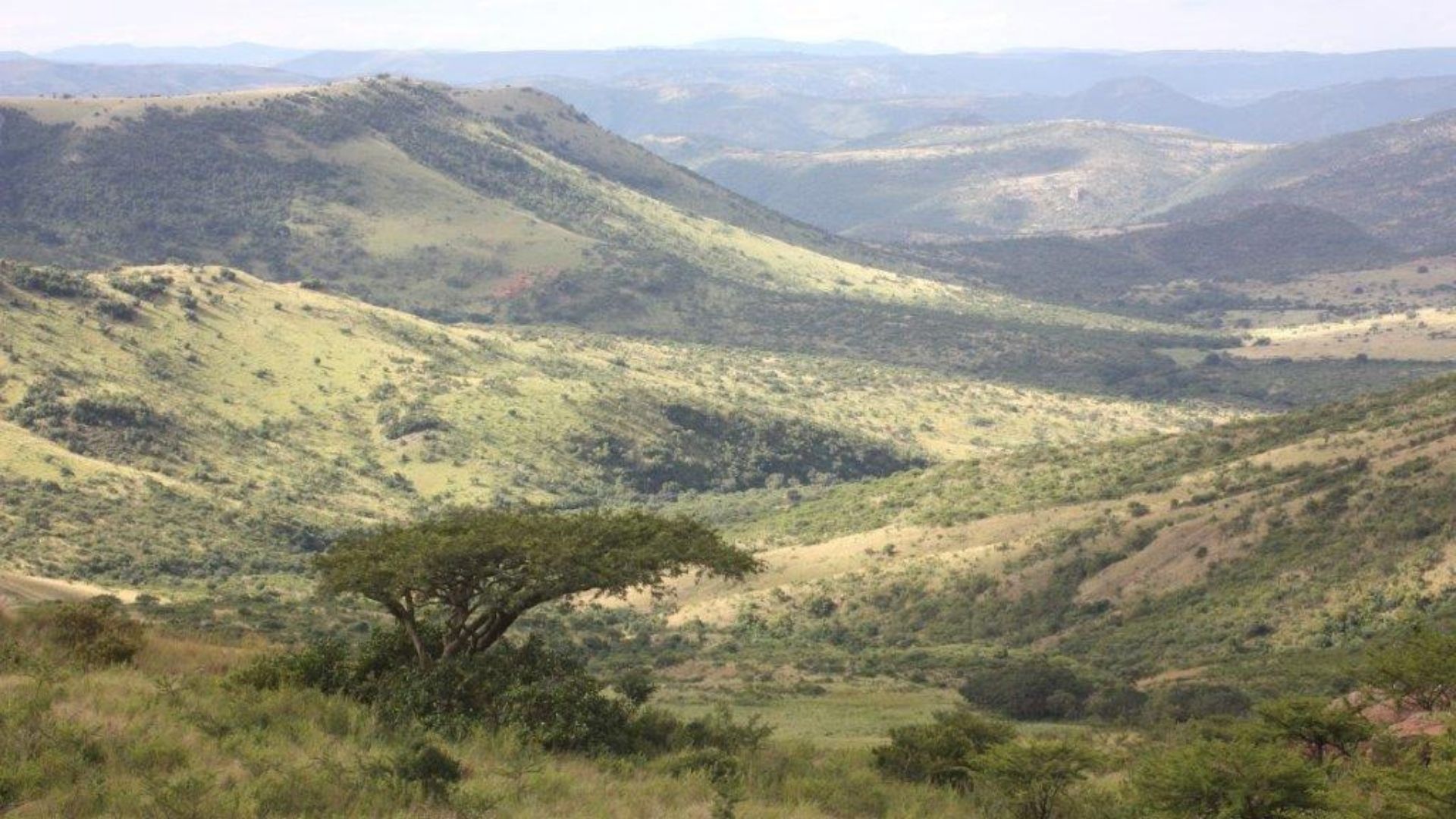