The Eastern Shores of Lake St. Lucia are broadly divided into the following key areas.

The St Lucia Village and Estuary provide accessible areas of coastal forest, which are best explored along the iGwala Gwala trail that leads through an area of pristine forest along the banks of the estuary itself. Forest species abound in this area and specials to look for include the Woodward’s Batis (scarce here), Gorgeous Bush-shrike, Blue-mantled Crested Flycatcher, White-eared Barbet, Yellow-rumped Tinkerbird, Golden-tailed Woodpecker, Trumpeter Hornbill, Scaly-throated and Lesser Honeyguides, Yellow-breasted Apalis, Common Square-tailed Drongo, Black-bellied Starling, …

… Livingstone’s Turaco, Green Malkoha, Dark-backed Weaver, Narina Trogon, Olive Sunbird, Black-throated Wattle-eye (usually near water), African Emerald Cuckoo (summer), Southern Boubou, and Terrestrial Brownbul. Nosy flocks of both the Crowned and Trumpeter Hornbills move through the forest, searching for ripened figs. Seeding grasses attract the Grey Waxbill, Green Twinspot, Red-backed Mannikin and occasionally Pink-throated Twinspot (rare here, at the southern limit of its range). The Red-capped Robin-chat and Brown Scrub-robin are both common within these forests and are best located by their rich songs. In summer, listen too for the haunting calls of the Buff-spotted Flufftail as several pars of these shy birds reside in the forest. The localized Mangrove Kingfisher and Spotted Ground Thrush are mainly winter visitors and may be seen in both the forest, as well as the mangroves near the mouth to the St. Lucia estuary. Search for many of the same species near the Iphiva campsite and trail, where African Wood Owl calls regularly at night.

The estuary itself supports small numbers of the regal Saddle-billed Stork, together with both the Yellow-billed and Woolly-necked Storks. Reedbeds flanking the estuary should be checked for the Rufous-winged Cisticola and Southern Brown-throated Weaver, both of which are common. Scour the extensive mudflats in the summer months for Ruff, Ruddy Turnstone, Grey Plover, Pied Avocet, both Greater and Lesser Sand Plovers, Whimbrel, and occasionally Eurasian Curlew. A large tern roost also often forms near the mouth supporting the Swift (Greater Crested), Caspian, Sandwich, Little (mainly in summer), Common (mainly in summer), and Lesser Crested (late summer) Terns. Birders should also remain mindful of vagrant species including the Eurasian Oystercatcher, Great Frigatebird, Brown Noddy and Sooty Tern.

The road to Cape Vidal is perhaps the best area anywhere in South Africa to search for the threatened Southern Banded Snake-eagle. These impressive birds are usually seen perched on telephone poles near forest in the late afternoon, together with both the Brown and Black-chested Snake-eagles. African Cuckoo-hawk is also regular in the area and may turn up anywhere, while a pair of Palmnut Vultures breed in the Raphia Palms near the Crocodile Farm and Cape Vidal offices. Coveys of Crested Guineafowl emerge at the roadside to feed, while patches of forest here support many of the same species as in St. Lucia town. Grassland habitats should yield the Yellow-throated Longclaw, Grey-rumped Swallow and Croaking Cisticola. When wet, look for both Rosy-throated Longclaw and Swamp Nightjar; the latter usually found on a night drive with one of the many tour operators in St. Lucia. Recently burnt areas may hold both the Black-winged and Senegal Lapwings. Pans within the reserve could hold both the Lesser Jacana and African Pygmy Goose, with both species sharing a preference for well-vegetated habitats dominated by floating lily pads. Note that one must remain within their vehicle at all times given that this is a dangerous game area, except at the fenced Cape Vidal camp site near the northern limit.

Cape Vidal is the best area anywhere in South Africa for Woodward’s Batis, Green Twinspot and Brown Scrub-robin; all of which can easily be seen on a short walk through the campsite. Brown Scrub-robin is especially vocal in the early mornings, Green Twinspot visits leaking taps to drink but can otherwise be found feeding on seeding grasses at the forest edge, and Woodward’s Batis is best detected by its regularly uttered calls from the midstratum. Many of the other forest specials can also be seen in this area including African Broadbill and Olive Bush-shrike.

The iSimangaliso Wetlands Reserve has recently been proclaimed as a World Heritage Site and is one of South Africa’s oldest reserves established in 1895. The lake itself covers an area of around 38 000 hectares and is one of South Africa’s most important waterbird breeding sites. The iSimangaliso Wetland Park includes Mkhuze and Sodwana Bay, though these sites are treated separately. The surrounding habitats are extremely complex and varied including the estuary and its floodplains, numerous pans, dune and sand forests, coastal thickets, mangroves and grassland.

Altogether, the region is one of the most biodiverse areas in South Africa supporting a plethora of interesting species including as many as 420 species of birds. This includes a high number of near-endemics including the Pink-throated Twinspot, Rudd’s Apalis, Woodward’s Batis as well as other sought-after species including the Southern Banded Snake-eagle, Gorgeous Bush-shrike, Spotted Ground Thrush, and Rosy-throated Longclaw. A number of self-guided routes are available, including several hides, and an excellent group of local guides are based in the village of St. Lucia, which if used will make finding specials that much easier.

Directions:
Access to St Lucia is only via Mtubatuba just off the N2. Follow the R618 for approximately 30km. After crossing the estuary, follow the signs left to Cape Vidal. Just before the Cape Vidal gate, apposite the crocodile farm is a small road to the right, head down here for about 1km for the access road to the Iphiva Trail.

Directions:
Alternatively, to reach the estuary and iGwala Gwala Trail, make a left turn at the traffic circle and head through town following the signboards to Sugarloaf Campsite and KZN Wildlife offices. The start of the iGwala Gwala trail is well sign-posted near the Eden Park Campsite.

Access and facilities:
The town of St. Lucia features a number of restaurants, fuel stations and shopping centres. Numerous activities can be organized through various tour operators in the town itself including guided drives (including night drives) through the iSimangaliso Wetland Park, birding and deep-sea fishing excursions, and cruises along the St. Lucia estuary. Cape Vidal features a small convenience shop, but overnight guests staying within this area are required to be almost fully self-sufficient for their stay.

Recommended accommodation nearby:
Cape Vidal features fifteen 5-sleeper and ten 8-sleeper log cabins with each unit containing two or three bedrooms, a bathroom with hot showers, and a fully-equipped kitchenette and lounge. A basic campsite is also available within the iSimangaliso Wetland Park at Cape Vidal complete with braai facilities, a small convenience shop, and communal bathrooms. Note that the nearest fuel stations are in the town of St. Lucia and birders should be well prepared when visiting Cape Vidal. 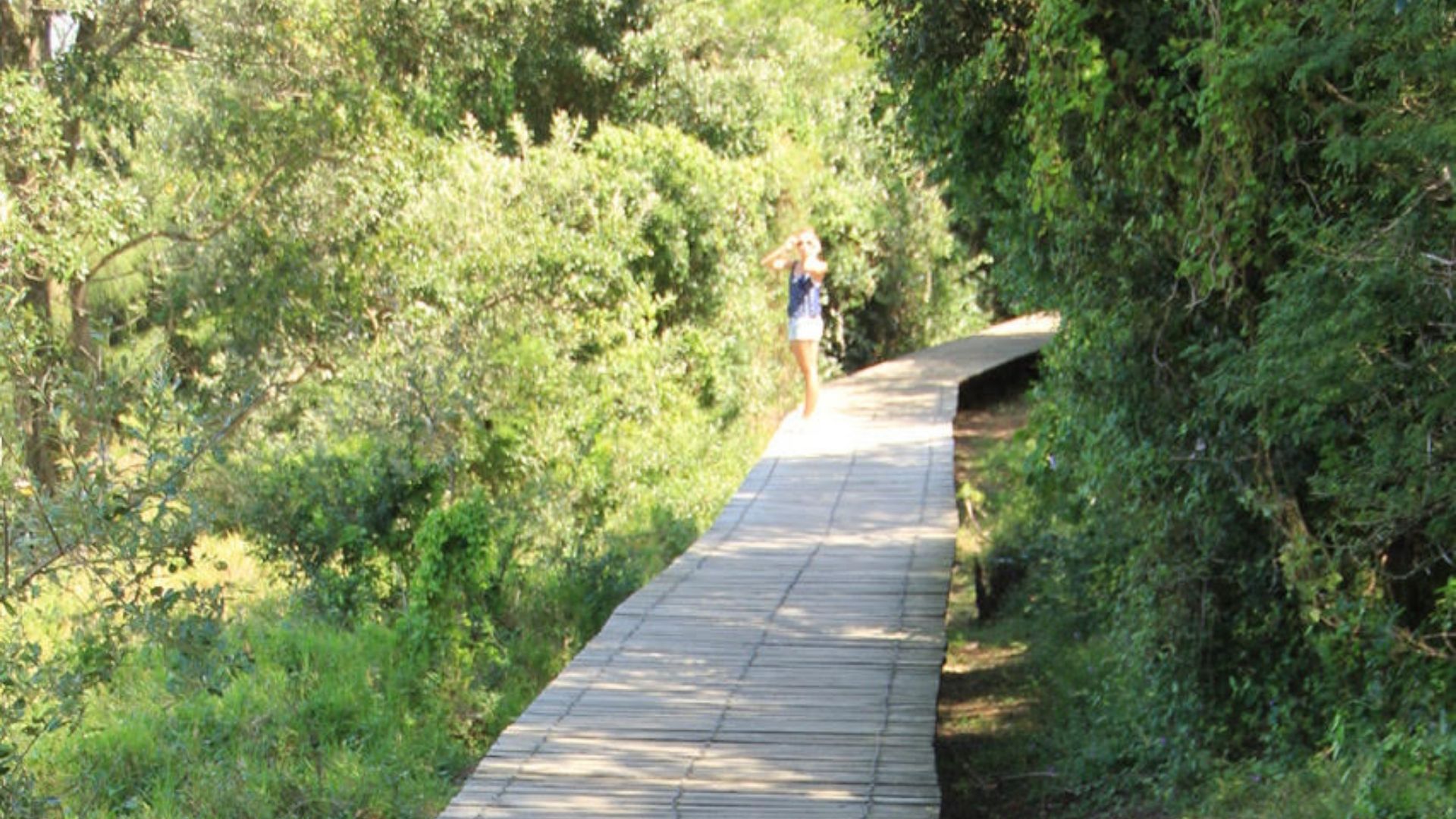 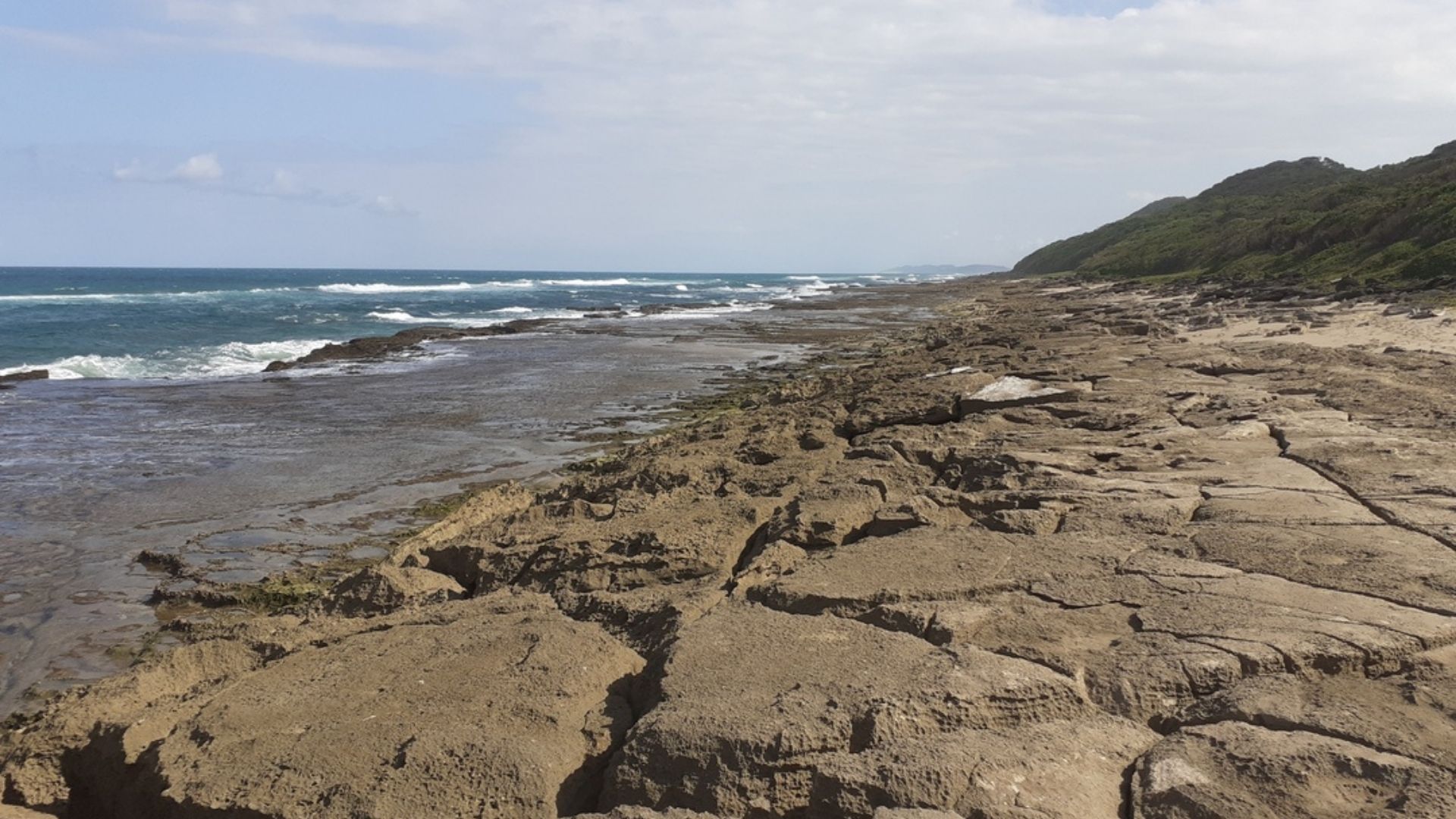 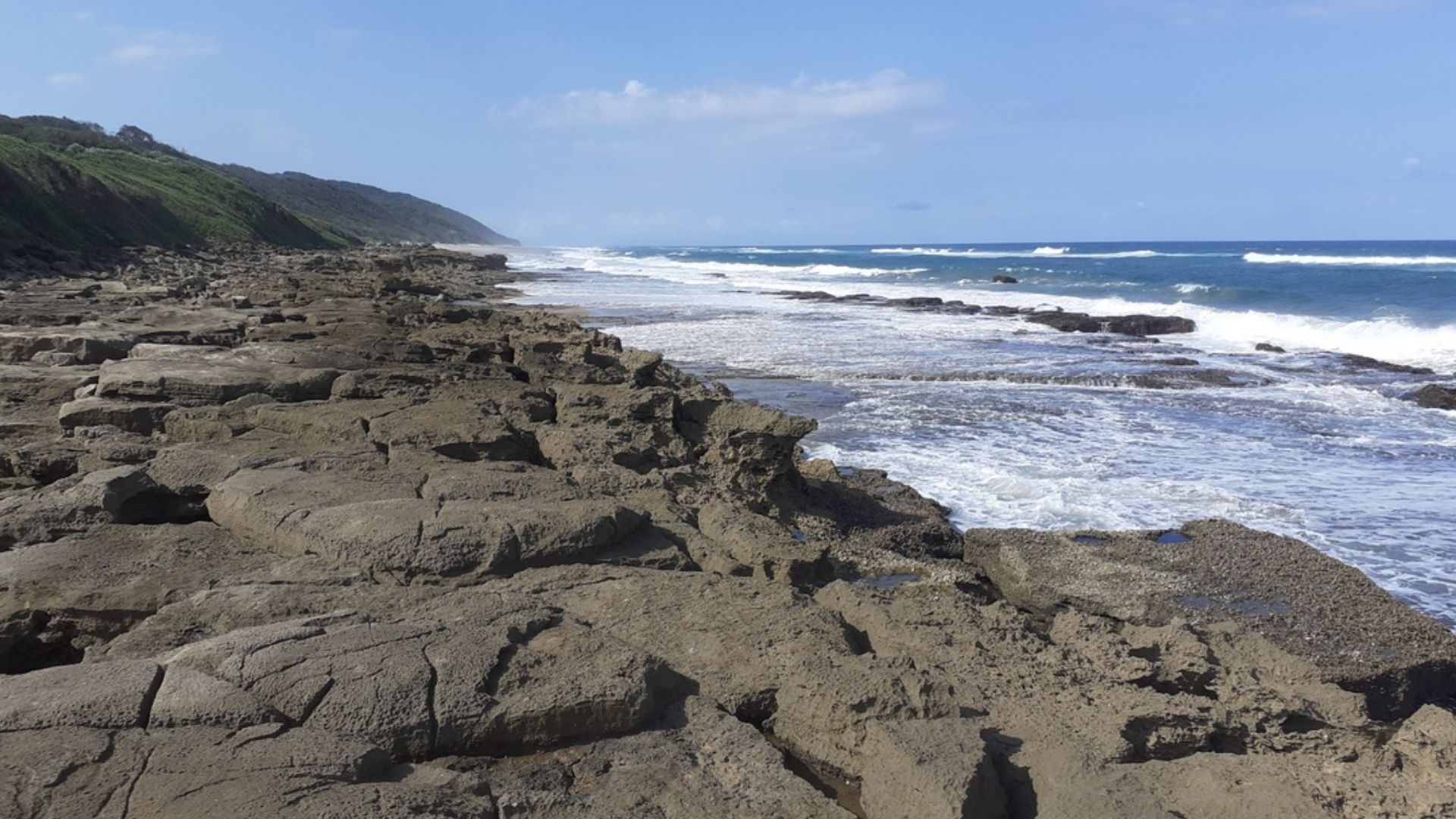 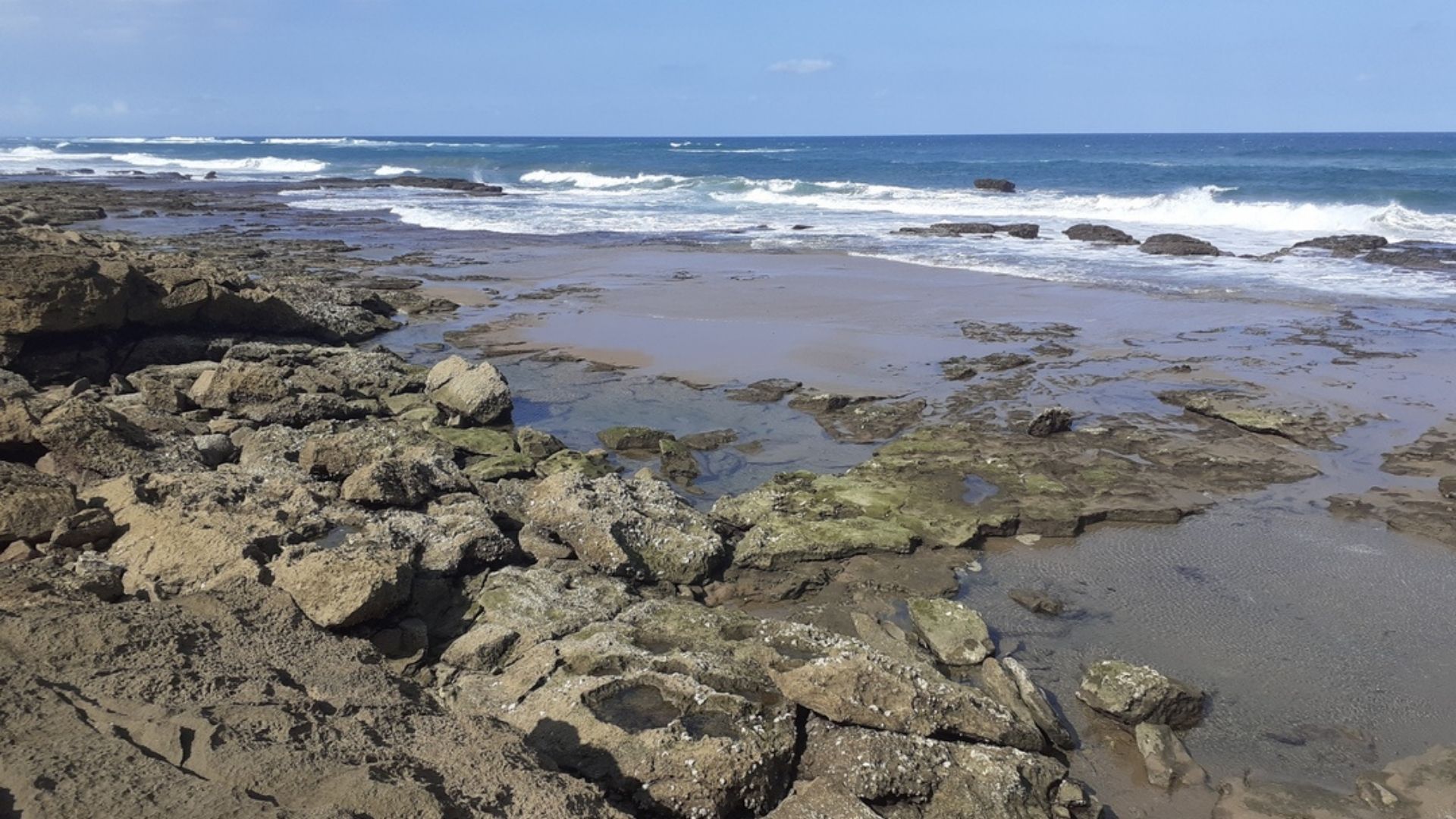 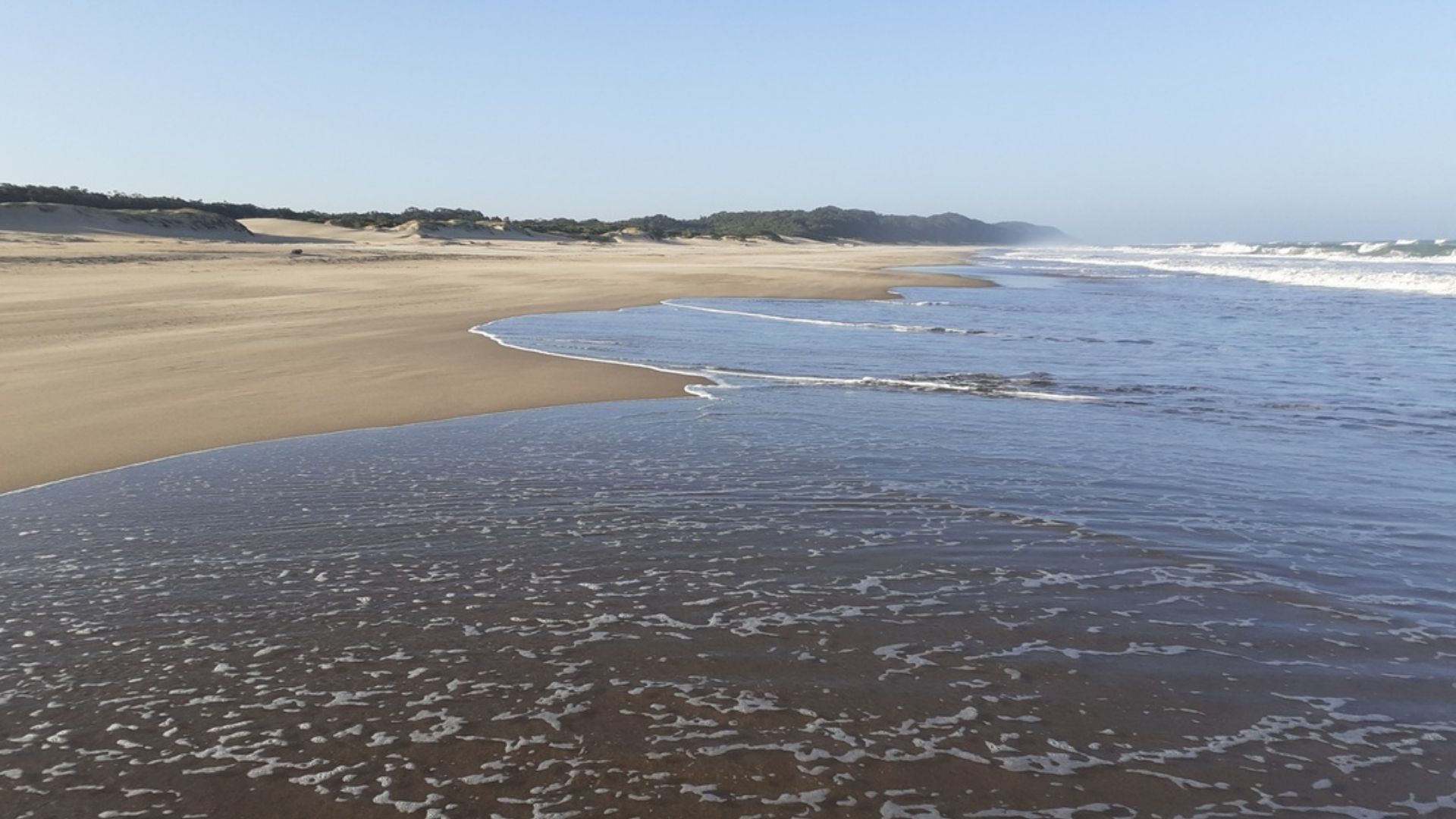