Although found further afield in Namibia, Port Nolloth is the only place in South Africa one can find Barlow’s Lark. Karoo Lark, from which Barlow’s was split off as a unique species, also occurs in the dune scrub around Port Nolloth, and this area is in fact, the hybridization zone of these two species. To ensure you know which one you’re looking at, it’s best to focus on the amount of streaking present on the flanks of any birds located.

South of Port Nolloth, towards McDougall’s Bay, you’ll encounter Karoo Lark, which has prominent streaking on the flanks. Heading north out of town towards Alexander Bay, you’ll be passing through the transition zone, where the streaking will be less prominent, but still present. After 40km or more, you should be into ‘pure’ Barlow’s Lark distribution and will start seeing birds that lack streaking at all on the flanks. As you travel north, keep your eyes open for TracTrac Chat, a small nondescript chat well adapted to this arid environment. Keep scanning all the telephone poles and skies for raptors, as Peregrine Falcon, Lanner Falcon, Rock Kestrel, Southern Pale-chanting Goshawk, Black-chested Snake-Eagle, Booted Eagle and Jackal Buzzard regularly occur in the area. Spend a bit of time in any dense strandveld aor other well vegetated areas along the coast and you may be rewarded with Southern Double-collared Sunbird, Malachite Sunbird, Grey Tit, Cape Penduline Tit and Cape Long-billed Lark.

The coastal birding in the area is not to be overlooked, and visits to McDougal’s Bay and Alexander Bay can turn up Grey Plover, Ruddy Turnstone, Sanderling, White-fronted Plover, African Black Oystercatcher and both the range restricted Crowned Cormorant and Bank Cormorant. In the summer months, Damara Terns move into the area to breed, and one should always keep an eye out for this diminutive tern.

What started off as a railway junction for the copper-mining industry, Port Nolloth is now predominantly a crayfishing town with some small-scale diamond mining. Its white sandy dunes, and sparse population make for a great escape from the city and its clean beaches, fresh seafood and quick access to Namibia keep the tourists coming year after year.

Access and facilities:
Port Nolloth is situated along the coast and in the Succulent Karoo Region which is very arid and due to this, extreme temperature fluctuations can be experienced. Pack sufficient warm and light clothing to accommodate for this. Dense fog also often rolls off of the ocean, which is not only cold, but wet, packing a raincoat is recommended.

Things to do in or around Port Nolloth:

Directions:
Accessing the area is easy, travelling along the N7 from Cape Town to Springbok. From Springbok, travel 50km to Steinkopf, turning left onto the R382. Continue west for roughly 95km and you’ll find yourself in Port Nolloth.

Recommended accommodation nearby:
There are a number of private Bed & Breakfasts and lodges in the area, which are all available through online booking sites. There are no BirdLife Recommended Accommodations listed for this area.

Local guide information:
There are no community bird guides available for this site. However, there are a number of BirdLife Recommended Tour Operators that can supply guides or guided tours for this site, Unearth Safaris. 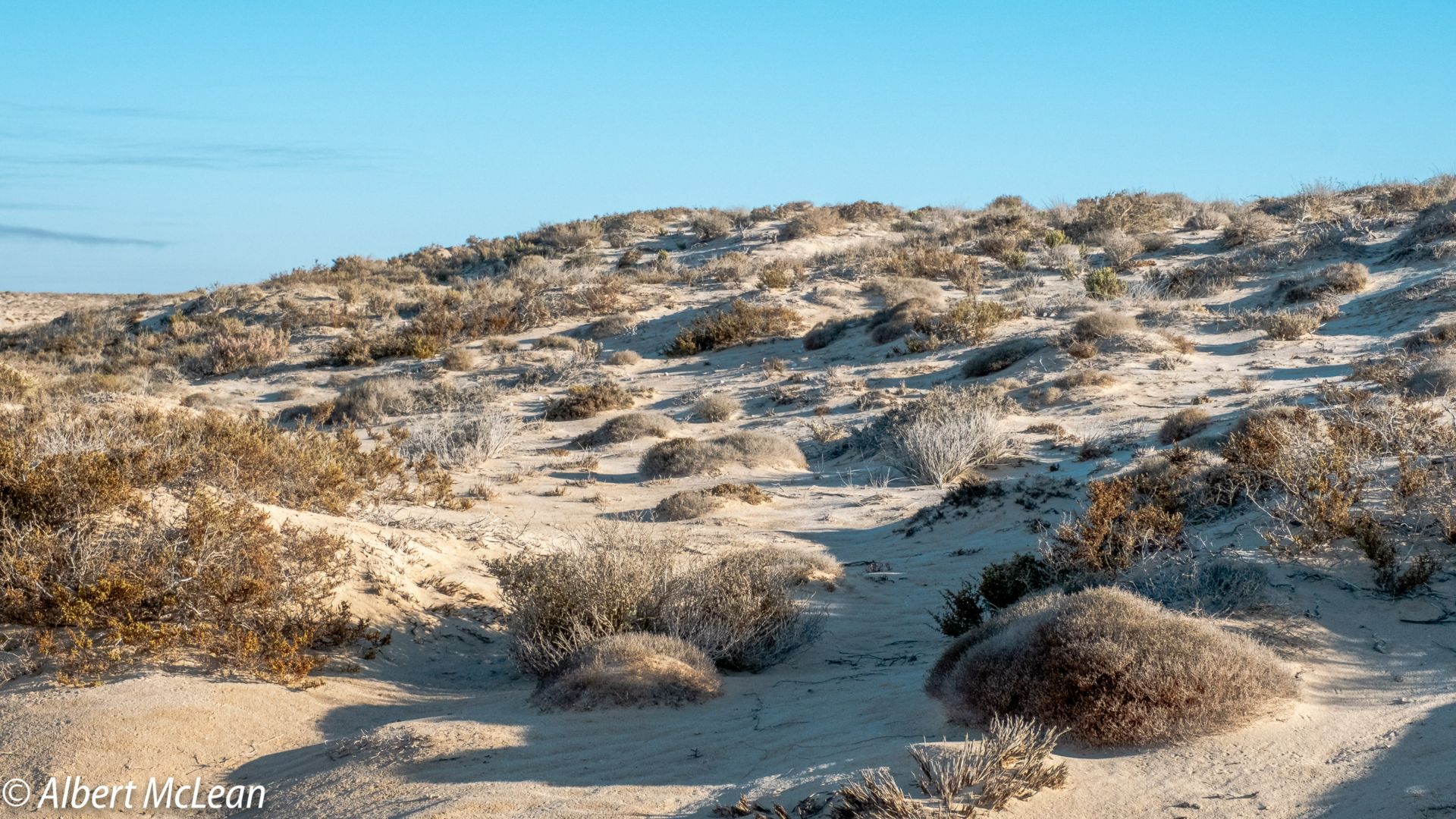