The coastal villages of Port Alfred and Kenton-on-Sea include a number of important birding sites, which produce a surprising diversity of bird species including several notable endemics. The sought-after Knysna Warbler and Knysna Woodpecker are commonly recorded; this perhaps being one of the best sites in the country to catch up with these notoriously difficult birds. Most sites can be combined into a morning visit and this should deliver lists of up to 100 species in the summer months.

Begin your explorations of the area in the village of Port Alfred. Both the Knysna Warbler and Knysna Woodpecker are common in the town itself and are best detected by their loud calls. Search for the warbler in dense scrub at the forest edge, while the latter prefers areas with mature trees. Other notable species to look for in the forested sections include both the Red-capped and Chorister Robin-chats – the former at the extreme southern limit of its distribution – as well as Olive Woodpecker, Tambourine Dove, Knysna Turaco, and Dark-backed Weaver. The towns golf course regularly supports small flocks of Black-winged Lapwing, while the salt marsh opposite Kidd’s Beach holds a high diversity of waterfowl and waders. Visit the pier off West Beach Drive during rough sea conditions to scan for pelagic species. The Shy and Indian Yellow-nosed Albatrosses, White-chinned Petrel and Sooty Shearwater are all regularly sighted during strong south-westerly winds.

Between Port Alfred and Kenton-on-Sea lays the small village of Kasouga, signposted to the south off the R72. Rich coastal grasslands in this area support fair numbers of Secretarybird and Denham’s Bustard. The rare Southern Ground Hornbill is occasionally sighted. Red-winged Francolin and Black Harrier are both resident, though these species can be frustratingly elusive at times. Coastal forests harbour both the Knysna Warbler and Knysna Woodpecker, Chorister Robin-chat and Brown Scrub-robin. Interestingly, this region also supports a small relict population of Oribi; one of the last strongholds for this shy antelope species in the Eastern Cape.

Continue west along the R72 to reach the village of Kenton-on-Sea. The bridge over the Bushman’s River serves as a fantastic viewpoint to scan the surrounding salt marsh and mudflats. A pair of Goliath Heron can normally be found here, alongside small numbers of Greater Flamingo, and occasionally Black Stork. Fair numbers of African Oystercatcher are usually present, often roosting on the salt marsh at high tide together with Caspian Tern. The mudflats are most productive in the summer months when large numbers of migrant waders visit, though small numbers of waders can be seen throughout the year. Look for the Grey and Common Ringed Plovers, Bar-tailed Godwit, Common Whimbrel, Terek and Marsh Sandpipers, Ruff, and Eurasian Curlew. Alternatively, travel north through Boesmansriviermond to the floating restaurant at -33.6620, 26.6313 where it is also possible to scan the mudflats. Scrub en route supports the Southern Tchagra, while the small tidal inlet besides the Floating Restaurant has sometimes yielded Mangrove Kingfisher in the summer months.

Roughly 1Km to the west of the bridge over the Bushmans River, turn to the south following the Beachcomber Horse Trails sign. Several seasonal pans, locally known as Ottersvlei, are present at -33.6941, 26.6455. Search here for the African and Greater Painted Snipes, an assortment of waterfowl, and for Goliath Heron. The site has yielded a number of interesting species in recent years including African Pygmy Goose, Pectoral Sandpiper, and African Jacana.

Lastly, turn south off the R72 towards the small coastal village of Boknes. At -33.6977, 26.6026, turn left along an unmarked gravel road. A large seasonal pan here is excellent for both the African and Greater Painted Snipes, and diverse waterfowl. The surrounding grasslands hold Black-winged Lapwing, Black and African Marsh Harriers, and Red-winged Francolin.

The Bushmans and Kariega Rivers drain two small basins in the Eastern Cape, both entering the Indian Ocean on either side of the small coastal town of Kenton-on-Sea. Both rivers flow permanently across much of their lengths, supporting large agricultural and conservation areas. The Bushmans and Kariega triangle is of ecological significance, supporting several endemic and highly threatened species. This includes the almost mythical nominate race of the African Barred Owlet – which likely constitutes a true species and would thus be endemic to the area – as well as the critically endangered Eastern Cape Cycad (Encephalartos altensteinii).

Large areas in the region have been converted from private farmland into high-end ‘Big 5’ conservation areas, harbouring vast tracts of forest, coastal grassland, succulent thicket, dune thicket as well as isolated patches of fynbos. Among the most important of these are the Kariega Private Game Reserve, Thomas Bains Nature Reserve, and Water’s Meeting Nature Reserve. Other notable hotspots in the area include the coastal strip between Port Alfred and Kenton-on-Sea, Assegai Trails farm, and the Golden Mile farming community. Access to several of these sites is limited to overnight guests only, though most species are common in the area and can be found with 2-3 days to explore public sites.

Several notable points of interest within the Port Alfred and Kenton-on-Sea areas include:

Recommended accommodation nearby:
The nearest Birder Friendly Establishment is located in the small coastal village of Port Alfred.
Pomeroy Lodge offering five luxurious and fully-equipped self-catering chalets overlooking 300ha’s of mixed grassland, thicket and riverine forest. The property includes many well-maintained tracks and paths and is easily accessible for all vehicle types. A total of 130 species are known to occur on this small reserve including Crowned Eagle, Knysna Woodpecker, and Black-bellied Starling.

Alternatively, a variety of accommodation options are available in the coastal villages of Kenton-on-Sea and Port Alfred to suit all requirements and budgets. These range from a number of large campsites and caravan parks to self-catering and other more luxurious options.

Local guide information:
No Birder Friendly Tour Operators are currently available for the Kariega and Bushamans River Valleys. However, birding tours in the general area are available through: 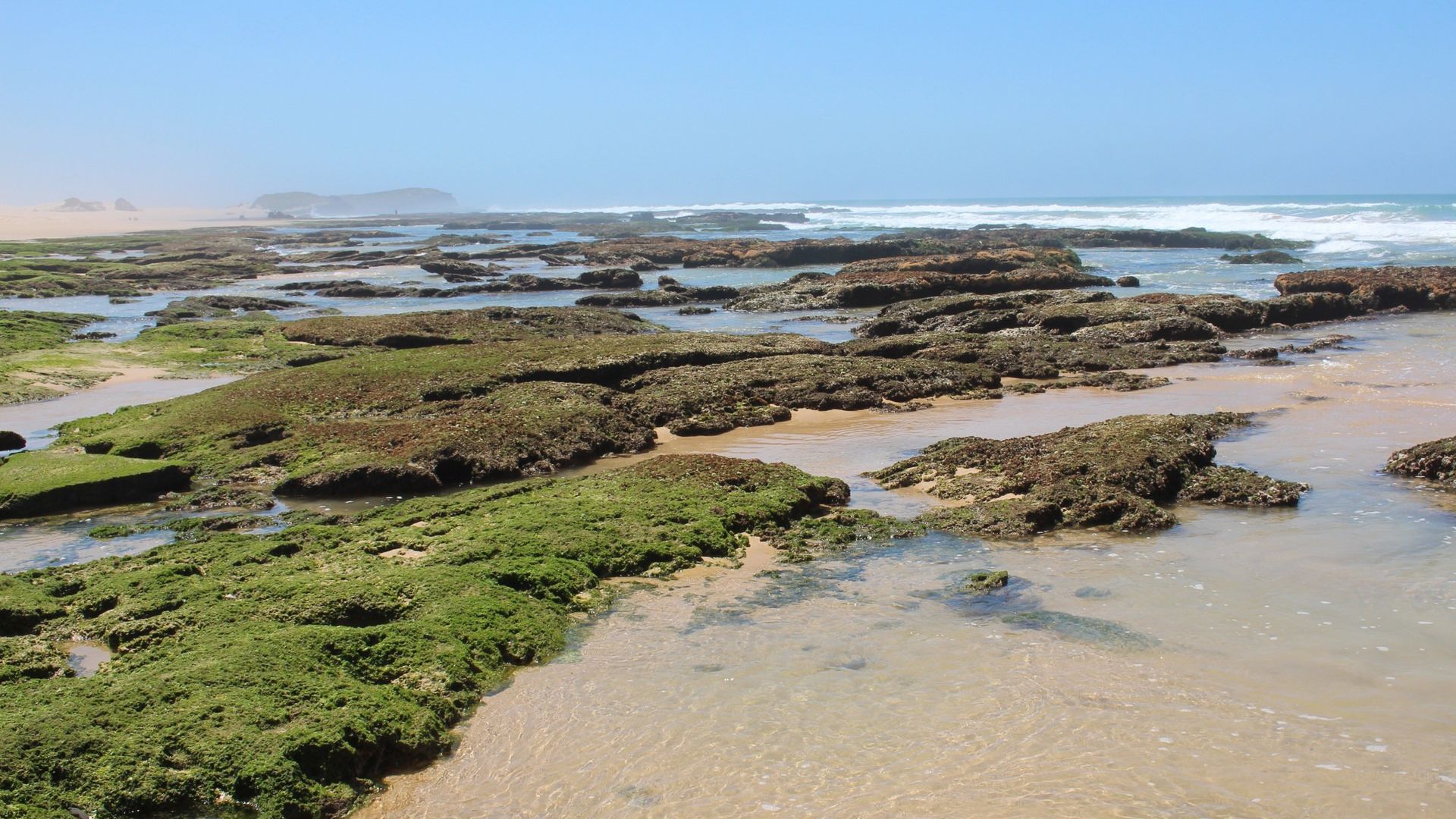