Enter the reserve and drive through the grassland area to the main dam. Look out for Ant-eating Chat and White-winged Widowbird. In the bush areas, a stop at the picnic area alongside the dam is recommended. Breeding Lesser Masked-Weaver, Spectacled Weaver, and during recent years Thick-billed Weaver occur. In the surrounding bush clumps and along the stream look out for Crested Francolin, Natal Spurfowl, African Pygmy-Kingfisher, Yellow-breasted Apalis and Bar-throated Apalis, Black Cuckooshrike, Klaas’s Cuckoo, Orange-breasted Bush-Shrike and Sombre Greenbul. Little Sparrowhawk and Lizard Buzzard have been sighted in the riverine areas, as well as Scaly-throated Honeyguide.

While in the thornveld keep a watch for Jacobin Cuckoo, Rufous-cheeked Nightjar (flushed from beneath thorn trees), White-browed Scrub-Robin, Long-billed Crombec, Chinspot Batis, Brubru and Chestnut-vented Tit-Babbler. In the stony terrace areas, Southern Boubou, Lazy Cisticola and Golden-tailed Woodpecker occur in the denser vegetation. In the adjacent grassland areas, Coqui Francolin, White-bellied Korhaan, Rufous-naped Lark, Long-billed Pipit and Plain-backed Pipit are common, while Fan-tailed Widowbird and Red-collared Widowbird can be sighted in the open thornveld.

3. There are several trails, and the more remote areas of the reserve can be explored on foot where several species only occur at higher altitudes. The protea and Ribbok routes are mainly in protea woodland and rocky mountain hillside. In the rocky areas look out for Denham’s Bustard (resident pair), Buff-streaked Chat, Wailing Cisticola, Grey-winged Francolin and Red-winged Francolin, and raptors such as Lanner Falcon and Jackal Buzzard. Black-winged Lapwing have been sighted during summer on the plateau. In the Silver protea clumps Gurney’s Sugarbird is abundant and breeding during summer while Malachite Sunbird, Amethyst Sunbird and Greater Double-collared Sunbird are also common. Other birds, which visit the protea clumps, include Streaky-headed Seedeater, Golden-breasted Bunting, Dark-capped Bulbul and occasionally Cape Rock-Thrush. Drakensberg Prinia is common along bracken in kloofs and emergent vegetation, as is Cape Grassbird. In the isolated forest clumps and along Long Tom Pass, species include African Olive-Pigeon, Purple-crested Turaco, Klaas’s Cuckoo, Olive Woodpecker (also in protea woodland), Chorister Robin-Chat, Yellow-throated Woodland-Warbler, Cape Batis, Gorgeous Bush-Shrike and Olive Bush-Shrike, and Swee Waxbill. In the Finsbury valley, at Nooitgedacht Nature Reserve, Knysna Turaco was sighted in a large forest patch during November 2005, with Purple-crested Turaco alongside it.

Gurney’s Sugarbird is a winter visitor to the town and small groups can be sighted in several gardens and the aloes at the Lydenburg Hospital, and at the officies of the Lydenburg Production Unit (previously known as the Fisheries Institute) outside the town. Also at the Production Unit, Half-collared Kingfisher, Giant Kingfisher and Pied Kingfisher can be sighted at the production dams, while other waterbird species include White-breasted Cormorant, Hamerkop and Glossy Ibis, and Southern Bald Ibis forages on the lawns. European Honey-Buzzard has been recorded from the gum trees, as well as Black Sparrowhawk, Lizard Buzzard and in the dense grass, Dark-capped Yellow Warbler. 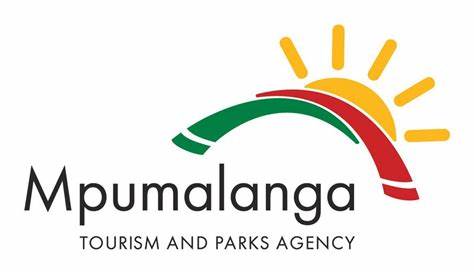