More about the bird club:

BirdLife KZN Midlands started its existence 33 years ago in Pietermaritzburg. Originally a part of the Natal Bird Club, it split in 1988 and the Natal Midlands Bird Club came into existence. The name was subsequently changed to BirdLife KZN Midlands Club. As a result of the growth of membership in the Howick area it was decided, for the convenience of members, to introduce monthly talks in this area. These are held in the auditorium on the Ambers estate, where plenty of parking is available, on the third Wednesday of each month. Talks are also given in Pietermaritzburg and are held on the second Tuesday of every second month at Woodgrove Retirement Village. Both talks commence at 18:00. In Howick and Pietermaritzburg entry is by donation.

Please note that to gain access to the Amber Valley Estate, visitors need the driver to present his/her driver’s licence to security at the main gate, and this, together with the vehicle licence disc will be scanned.

Monthly outings are arranged, with the first Sunday of each month being dedicated to an outing to the Darvill Waste Water Treatment premises in Pietermaritzburg where an interesting and varied selection of species is normally found. Outings to other birding sites are also organised on the third Sunday of each month, as well as the last Wednesday of each month. (These two options often feature the same venue, to accommodate members who work or prefer to go on a Sunday.) There is no charge levied for joining an outing, apart from entrance fees to some venues.

Membership, as at October 2022 stands at 168 paid-up members registered with BirdLife South Africa.

The Club supports our local branch of FreeMe with various projects and appeals, as well as supporting many special projects run by BirdLife South Africa, to which our Club is affiliated.

Quarterly activity lists are e-mailed to all members where details of outings and indoor meetings are given. In addition, the Club compiles a quarterly e-newsletter giving summaries of monthly talks and details of outings which have recently taken place, in addition to items of general interest.

In addition, an electronic version of KZN Birds is distributed quarterly to all members of affiliated KZN Clubs. This gives details of activities of the various KZN Clubs, rarities that have been seen, and other articles of great interest to birders.

The KZN Midlands is renowned for sightings of the three iconic Crane species (often simultaneously), in addition to this being a rewarding area in which to see forest birds, grassland birds, water birds and a selection of owls and raptors.

One can join the local club only, or (preferably) join BirdLife South Africa and BLKZNM, together. 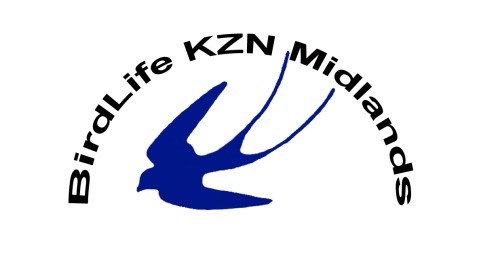