Fynbos patches are best visited along the roads near the top of Combrink’s Pass, Bergplaas, and the top of Holgat Pass. Striped Flufftail and Hottentot Buttonquail are found in the low fynbos scrub, but seeing either of these species requires much perseverance and a dedicated search. Orange-breasted Sunbird is widespread among ericas, while Cape Sugarbird and Protea Seedeater occur in the proteoid elements and tall scrub. Cape Spurfowl has not been recorded, though likely occurs.

Cape Bulbul and Cape Siskin are widespread in the fynbos. Victorin’s Warbler prefers moist seeps in the hilly areas; this sought-after species is best detected in fynbos areas by its high-pitched warbling song. Ground Woodpecker and Cape Rockjumper are common on most rocky slopes above 1 000 m a.s.l.

The Great Karoo plains and the northern foothills of the Kouga–Baviaanskloof Complex host Karoo Korhaan, Sickle-winged Chat and Rufous-eared Warbler. Black-headed Canary occurs occasionally, whenever there is seeding grass and water. The belts of riverine Vachellia (formerly Acacia) karroo woodland hold Namaqua Warbler, while the thicket and scrub on the slopes support Layard’s Warbler and Grey Tit. Other arid-zone species occurring just to the north of the complex include Pale Chanting Goshawk, Pririt Batis, Fairy Flycatcher and White-throated Canary. The coastal grassland belt to the south holds Blue Crane, both Denham’s and Ludwig’s Bustards, Black Harrier and White Stork, which regularly forage within the agricultural matrix in the southern part of the complex.

In terms of other biodiversity – the area is thought to hold in excess of 2 000 plant species, including many endemic ericas and restios in the south of the complex. Comprehensive botanical surveys would probably lead to the discovery of many more endemics. Most of the global range of Hewitt’s Dwarf Leaf-toed Gecko is restricted to the Baviaanskloof Mountains. The rare Yellow-bellied House Snake has been recorded here, as has the highly localised Southern Ghost Frog and an as-yet-undescribed species of Dwarf Chameleon. The Endangered Hewitt’s Ghost Frog is confirmed at Cockscomb and is likely to occur at several sites in the Baviaanskloof Mountains, pending genetic confirmation of the species. If not this species, the ghost frogs in the Baviaanskloof range are probably a new species. Also in the Cockscomb area is an undescribed gecko of the Afroedura genus. Many southern African endemic reptiles have been recorded in the complex, including the spectacular Black Thread Snake, Sundevall’s Shovel-snout, Coss-marked Grass Snake, Cape Cobra, Many-spotted Snake, Berg Adder, Cape Legless Skink, Red-sided Skink, Spotted Sand Lizard, Cape Mountain Lizard, Common Mountain Lizard, Cape Girdled Lizard, Southern Rock Agama, Ocellated Thick-toed Gecko and Spotted Thick-toed Gecko. Cape Grysbok also occurs within the reserve complex. Threatened mammals include Leopard, Cape Mountain Zebra, Black Rhinoceros, Cape Spiny Mouse and Striped Weasel. Other mammals include the Cape Buffalo, Greater Kudu, Klipspringer and a whole host of smaller mammals like Large-spotted genet, Honey Badger and African Wildcat to name but a few.

The Kouga–Baviaanskloof Complex encompasses large areas of mountainous terrain in the western part of the Eastern Cape, covering approximately 172 000 hectares in total. The Kouga and Baviaanskloof ranges are about 120 km long and run parallel to one another from Uniondale in the west to Patensie in the east. The Baviaanskloof Valley, which separates the two ranges, lies about 40 km due north of the coastline. To the south, the Langkloof Valley and Tsitsikamma Mountains lie between these ranges and the coast.

Kouga, the larger and more extensive of the two ranges, contains many high peaks in its central and western sections, of which Smutsberg is the highest at 1 757 m a.s.l. At its eastern end, the range is less rugged consisting of plateaus and rolling hills below 900 m a.s.l. Relative to Kouga, the linear Baviaanskloof range is far narrower and much more uniform in shape, with Scholtzberg (1 625 m a.s.l.) as its highest peak. The north-facing slopes drop steeply to the Great Karoo.

Three main rivers drain the area: the Baviaans and Kouga rivers flow eastward into the Kouga Dam, while the Groot River flows through a spectacular gorge before joining the Gamtoos River, which runs to the coast. Quartz sandstone sediments of the Table Mountain Group dominate the area. To the north, the fynbos-covered sandstone gives way to sandstone slopes of arid fynbos, which in turn make contact with the Bokkeveld Shales of the Great Karoo plains. The temperature regime in these mountains is temperate, ranging from an annual average minimum of 5 °C to a maximum of 32 °C. Rain can fall at any time of year, brought mostly by cut-off lows. These systems are slow-moving pockets of cold air from the mid-latitude South Atlantic Ocean that are trapped in the south and east of the country by high-pressure cells. In the lower-lying areas (<350 m a.s.l.) rainfall averages less than 250 mm p.a., whereas the high-altitude areas (>800 m a.s.l.) generally receive more than 800 mm p.a. In the west there is no marked seasonal pattern; in the east rainfall tends to be higher in summer. The local topography has a dramatic influence on rainfall events.

The mainly leached and acid soils, derived from sandstones and quartzites of the Table Mountain Group, support mesic mountain fynbos dominated by a multitude of communities, although fynbos species are foremost among these. Afro-temperate forest patches dominated by trees are found in deep, secluded, mesic gorges. Arid veld occurs on the xeric northern slopes. Spekboomveld is found on the steepest slopes at the lowest altitudes, primarily due to grazing pressure on more gentle slopes, and is dominated by spekboom and other succulents. On the plains of the Great Karoo, karroid scrub appears. Local patches of renosterbos are found on the higher hills and ridges.

The Kouga–Baviaanskloof Complex, together with the surrounding plains, supports a remarkable number of avian habitats, making it home to approximately 300 bird species. All the Cape Fynbos restricted-range and biome-restricted assemblage species are found in the mountain ranges. Several South African Forest restricted-range species occur in the forest patches, and the Great Karoo plains in the northern foothills support several Namib-Karoo biome-restricted assemblage species. Several days are recommended to explore the area in sufficient detail.

Directions:
From Port Elizabeth: Take the N2 west towards Jeffrey’s Bay and Humansdorp. Just past Thornhill look for the R331 off-ramp right towards Hankey/Patensie. Follow the R331 for approximately 65 km’s until you reach the entrance gate to Baviaanskloof.

Facilities and access:
The road network in the reserve is limited, though there is a circular 4×4 trail (Osseberg 4×4 route). Note that only 4×4 and 2×4 vehicles are permitted to enter. Birders should be self-sufficient when visiting the reserve. Note that the nearest fuel station and shopping facilities are in the nearby village of Patensie. A nominal entrance fee is payable. Gate times are as follows:
Monday to Friday: 08:00-16:30
Weekends: 08:00-16:00

Camping is permitted within one of the designated camping areas. Cycling is also permitted through the reserve, though requires permission and a compulsory support vehicle. Several hiking trails are available including the Bergplaas, Poortjies Waterfall, Komdomo River and Maqpeek Hiking trails.

The Baviaanskloof Complex is managed by the Eastern Cape Parks and Tourism Agency. For more information, contact: 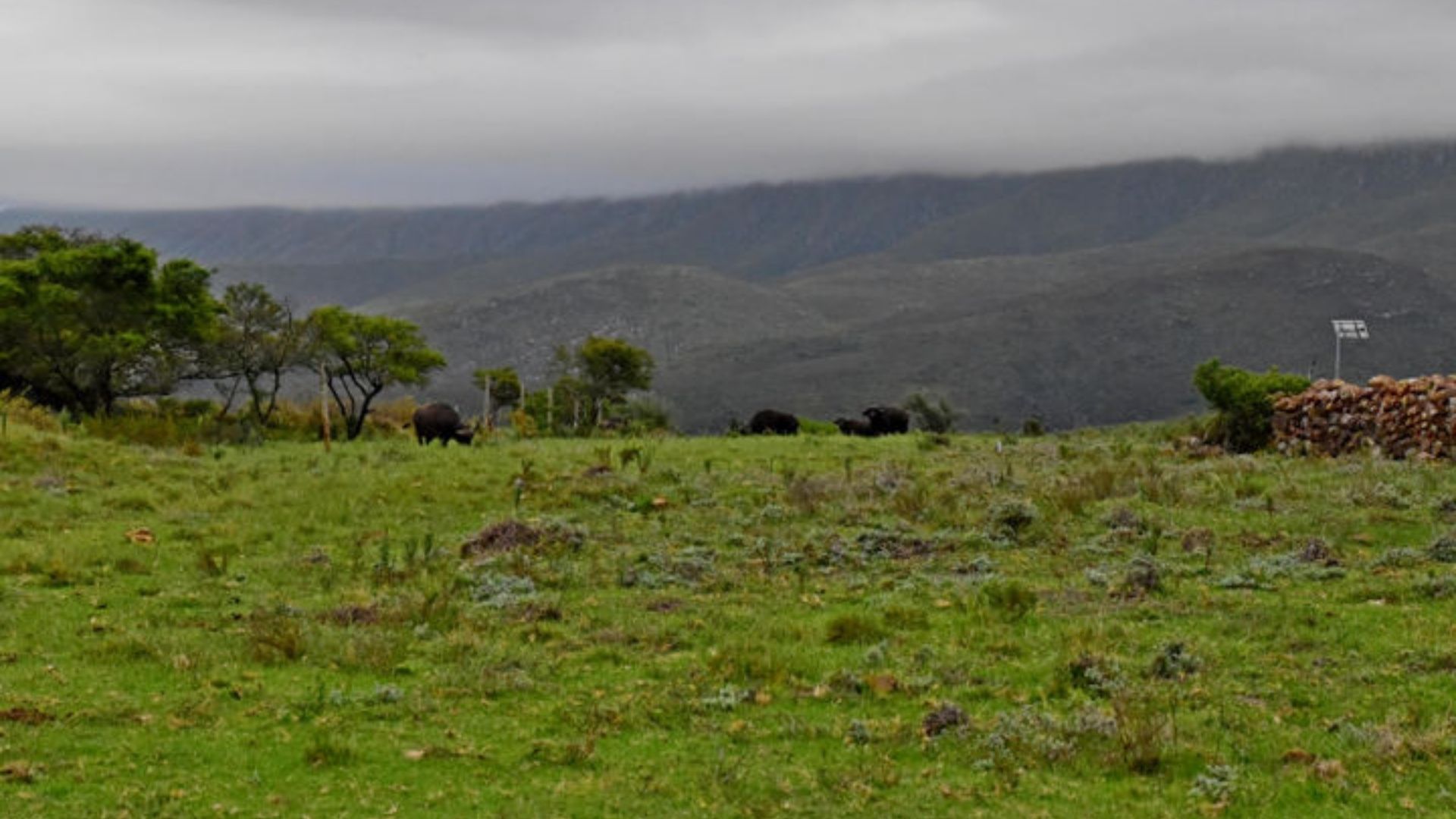 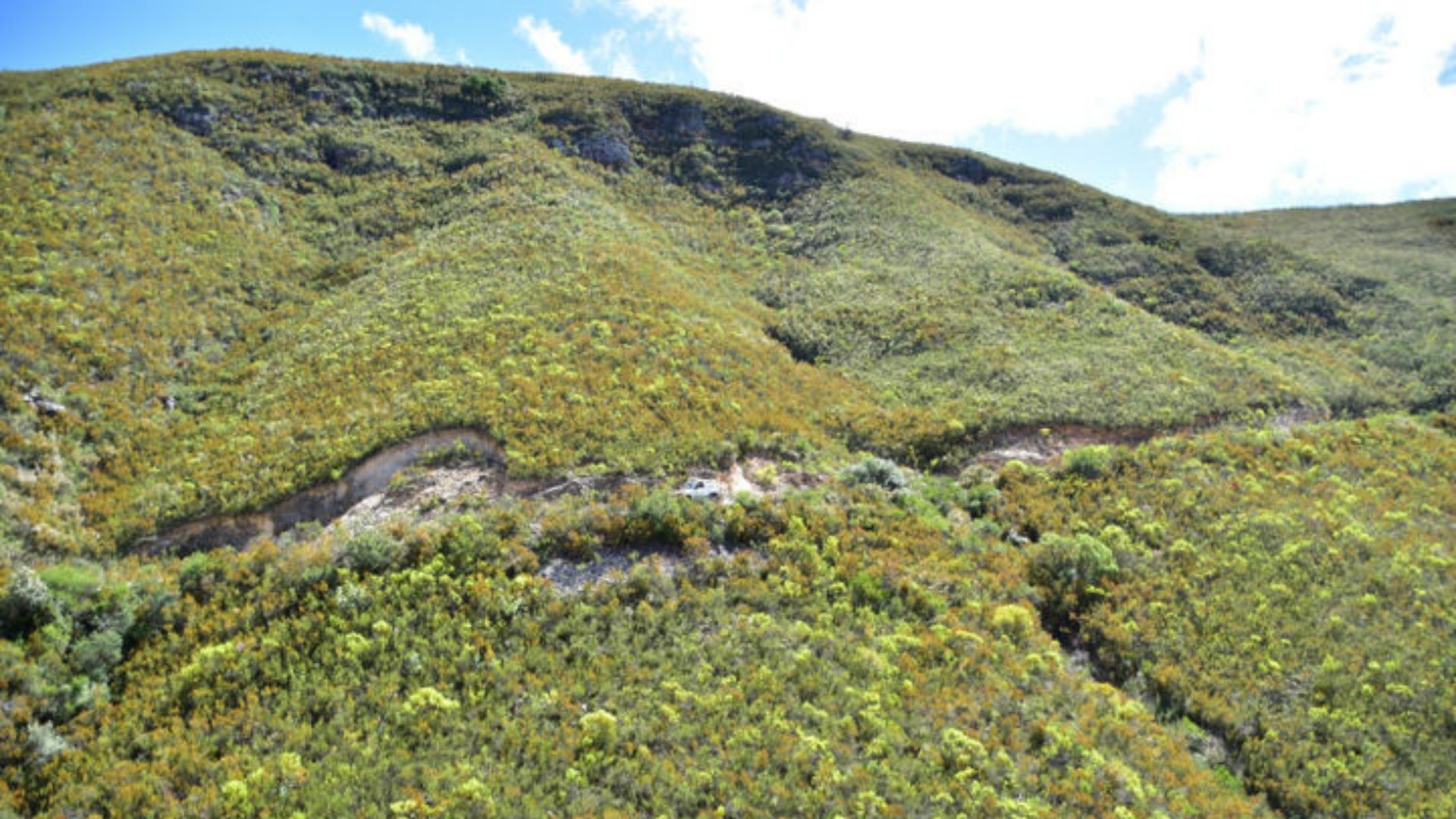