Situated in the foothills of the Amathole Mountains, the small historic King William’s Town is renowned as one of the most accessible sites to view Cape Parrots. Up to 50 birds visit the town daily, from the nearby Stutterheim Forests, to feed on the local abundance of fruit and nuts in the town itself. The birds offer uncharacteristically good views outside of the tall yellowwood forests and are best located by listening for the loud screeching calls. Search especially in the residential areas in the east of town near the Dale College Boys’ High School.

The nearby Zwelitsha waste-water treatment pans bordering the Yellowwoods River are rich in wetland species. The extensive reedbeds here support notable populations of Red-chested Flufftail, Baillon’s Crake, African Swamphen, and African Rail; though, admittedly, seeing these species requires immense luck and perseverance. Allen’s Gallinule – an extremely rare bird for the Eastern Cape – is known from this site and birders should always remain mindful of small swamphens at this site. The reedbeds support large breeding populations of bishops and widowbirds in the summer months, including the spectacular Long-tailed Widowbird. The surrounding grassland and thornveld holds both the Southern and Black-crowned Tchagras, Orange-breasted Bush-shrike, Cape Longclaw, and Rufous-naped Lark.

… Auckland Forest, Auckland Nature Reserve, Hogsback State Forest, Pirie Forest, Cwencwe Forest, Isidenge State Forest, Kologha State Forest and Kubusi State Forest, as well as smaller patches that provide continuity between the larger blocks, especially in the Keiskammahoek area. These patches include Wolf River Main Forest, Malan Forest, Cata Forest, Lenye Forest, Lotutu Forest, Gongoo Forest, Mt Thomas Forest, Abafazi Forest, Quza Forest, Mt Charybois Forest and Izelene Forest, and other small forest fragments adjoining them. The route itself is centred around the small town of Keiskammahoek and is roughly bounded by the towns of Stutterheim, Hogsback, Alica and Dimbaza. A number of high peaks dominate the overall geography including the Katberg (1 828 m a.s.l.) and Devil Bellow’s Neck (1 726 m a.s.l.) on the western boundary, Elandsberg (2 016 m a.s.l.) and Gaika’s Kop (1 963 m a.s.l.) in the centre of the complex, and Kubusi (1 662 m a.s.l.) and Dohne (1 454 m a.s.l.) peaks in the Kubusi State Forest in the east. The areas at highest altitude, particularly in the rain-shadow, are characterised by a mixture of montane grassland and fynbos heath. Further south, the topography becomes gentler, characterised by lower peaks such as Murray’s Krans (927 m a.s.l.) in Pirie Forest. Much of the area comprises steep cliff-faces, with numerous perennial and non-perennial streams. The largest of these, the Buffalo River, feeds the Maden and Rooikrantz dams, which supply water to the greater King William’s Town/Bisho District. The area receives rainfall mostly in summer and autumn, ranging from 800 mm per annum at the lowest altitudes to 2 000 mm per annum at the highest points.

Owing to this incredible habitat diversity, the region boasts a high diversity of bird species including nationally significant populations of several endemic and threatened species. Among these are the endangered Cape Parrot, localized Orange Ground Thrush, Bush Blackcap and Drakensburg Rockjumper. Perhaps the most accessible areas to explore are the Hogsback and Stutterheim areas that, together, share a similar species diversity and several days are recommended in the area to maximise chances at all species. Outer-lying sites on the Amathole Mountains Route include Cathcart and Queenstown areas, the Fort Fordyce Nature Reserve, King William’s Town, and Readsdale Forest Complex.

Directions:
King William’s Town is situated along the N2 between Grahamstown and East London. The town itself is located 58Km from East London, and 127Km from Grahamstown.

Access and facilities:
Access throughout the King William’s Town area is without restriction though, when viewing Cape Parrots, please remain mindful of residential privacy and do not trespass on private property. Diverse shopping facilities and fuel stations are available within the town of King William’s Town.

Recommended accommodation nearby:
No Birder Friendly Establishments are currently available for King William’s Town, though several accommodation options are available in the town itself to suit a range of budgets and requirements. 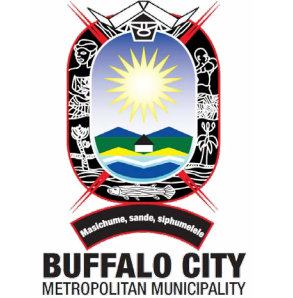