Situated in the extreme north-eastern corner of the KwaZulu-Natal, bordering Mozambique to the north, Kosi Bay offers some of the most exciting birding opportunities in southern Africa. Kosi Bay Nature Reserve comprises 1000 hectares including the estuarine lake system consisting of four inter-linked lakes holding varying levels of fresh and brackish water. The four lakes, Makhawulani, Mpugwini, Nhlange and aManzimnyama are fed by the Siyadla and Nswamanzi Rivers from the south and west respectively.

At the northern end of the lake system, the estuary opens into the sea providing a relatively large area of open sandbanks, mudflats and some of the most diverse and extensive mangrove swamps anywhere in South Africa. The attraction of Kosi is not restricted to the aquatic environment, given the extensive surrounding tropical East Coast littoral vegetation including mature coastal forest, thicket and grassland. The fringes of the lakes and, in particular, the southern lakes hold relatively large areas of swamp and Raphia Palm Forests. Within this vegetation mosaic a number of endemic species as well as species at the southern end of their Afrotropical range can be found.

The summer months are best for waders, and the estuary attracts a good diversity of species including the usual Common Greenshank, Curlew Sandpiper and relatively large numbers of Eurasian Whimbrel, Eurasian Curlew, and Bar-tailed Godwit amongst others. Small numbers of Greater and Lesser Sand Plovers are also present at times and, if one is lucky, the odd Crab-plover may reveal itself from the mangroves. Other birds include the Black and Rufous-bellied Herons, an assortment of terns including the Little and Lesser Crested Terns, Giant Kingfisher, both Greater and Lesser Flamingos, and Saddle-billed Stork. This is also one of the most reliable sites in South Africa for the range-restricted Mangrove Kingfisher, which is best detected by its loud and distinctive call.

The lakes themselves are best explored by boat. African Fish Eagle, Western Osprey and Palmnut Vulture are all common and can be seen patrolling the shoreline or lakeside fringes, while reedy channels holds small numbers of Rufous-winged Cisticola, African Sedge and African Reed Warblers and ever present African Marsh Harriers. Quiet backwaters attract Malachite Kingfisher, African Pygmy Geese and White-backed Duck. The ‘narrows’ trip can be sometimes be arranged at night, where sightings of Pel’s Fishing Owl are regular.

The larger patches of grassland within the woodland mosaic support Black-bellied Bustard, both the Flappet and Rufous-naped Larks, Croaking Cisticola, European Roller (summer), Shelley’s Francolin and African Stonechat in winter. Moist grasslands and swamp to the south and west of Kosi Bay hold all three Longclaw species (Cape, Yellow-throated and Rosy-throated), Lesser Jacana, Blue-billed Teal, as well as a variety of typical moist grassland species including Pale-crowned Cisticola, and the African Wattled, Senegal and Black-winged Lapwings.

Directions:
From Hluhluwe town, follow the R22/Sodwana Bay signposts. Continue for 1.3 km and turn right over the railway line on the R22 towards Sodwana Bay/Mbazwana. Continue straight on the R22 for 124km which will take you past Mbazwana & Mseleni until you reach a large traffic circle. At the traffic circle turn right (third exit) following the sign to KwaNgwanasi / Farazela Border …

Directions:
… Drive 23 km into the town of KwaNgwanasi (also known as Manguzi) and look out for the Total Garage complex on your left-hand side. Kosi Bay is due east of this location and can be accessed through a number of ways, all of which are well sign-posted from the town itself.

If travelling to the Kosi Forest Lodge – a representative will meet you at this Total Garage and drive you to a secure car park not far away. The trip to the lodge from here will be approximately 25mins in an open 4×4 vehicle. Please pre-book which pick up time you require: 12h00 or 16h00.

Access and facilities:
Kosi Forest Lodge features a small sand forest bird hide, open to guests as well a short walking trail within the immediate vicinity of the lodge and covering both grassland and forest habitats. Note that the lodges and Kosi mouth are only accessible with 4×4 vehicles with high clearance. Other tracks through the area generally require 4×4 vehicles with high clearance.
Gate opening times to Kosi Bay Nature Reserve are 06:00-18:00 daily.

Recommended accommodation nearby:
Kosi Forest Lodge is listed as a Birder Friendly Establishment, featuring 8 luxurious tent-style thatched forest rooms. The configuration of the tents includes 1 double, 5 twin, and 2 family rooms capable of supporting a total of 20 guests. Breakfast and lunches are served in a covered dining area, while dinner is served on an outdoor dining deck or within the forest boma. Tea and coffee are available 24/7, and the lodge features a well-stocked bar. A 4×4 is required to access the lodge, though daily 4×4 transfers may be organized from Manguzi at an additional cost.

Ezemvelo KZN Wildlife manages a small self-catering lodge and campsite on the northern shores of Kosi Bay. Chalets consist of a two, five and sleep sleeper chalets – all of which are fully-equipped with a kitchen, lounge area and private bathroom. The campsite consists of five stands near the lake short, all of which are electrified and have shared ablution facilities.

Local guide information:
A number of guided and self-guided activities are available through the Kosi Forest Lodge including a Raffia palm forest walk, bird watching, fishing excursions including tours to see the famous fishing traps of Kosi Bay, turtle tracking (15 December-15 January only), 4×4 excursions to Kosi mouth, snorkelling, canoeing and guided tours to the nearby Tembe Elephant Park. 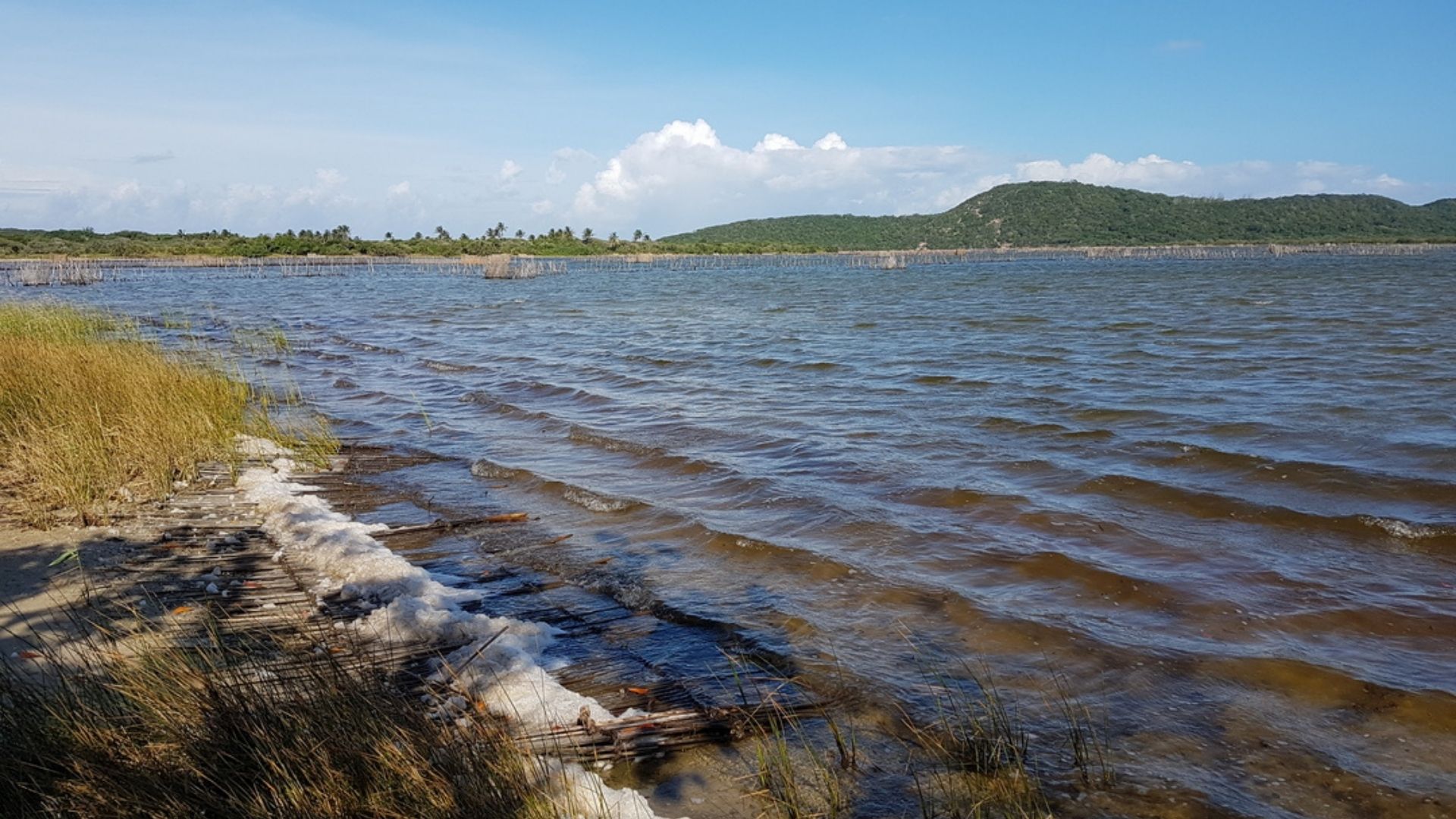 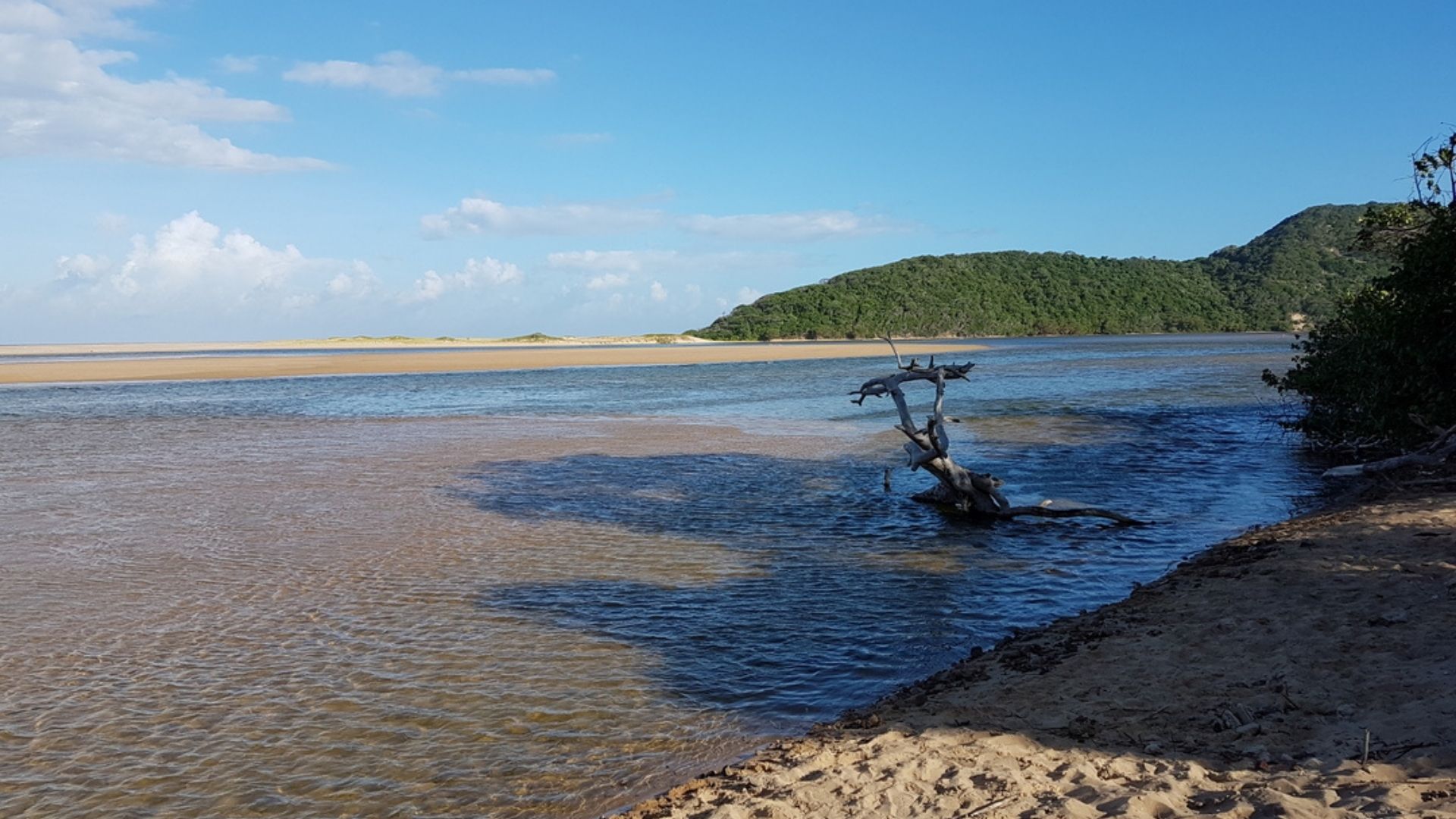 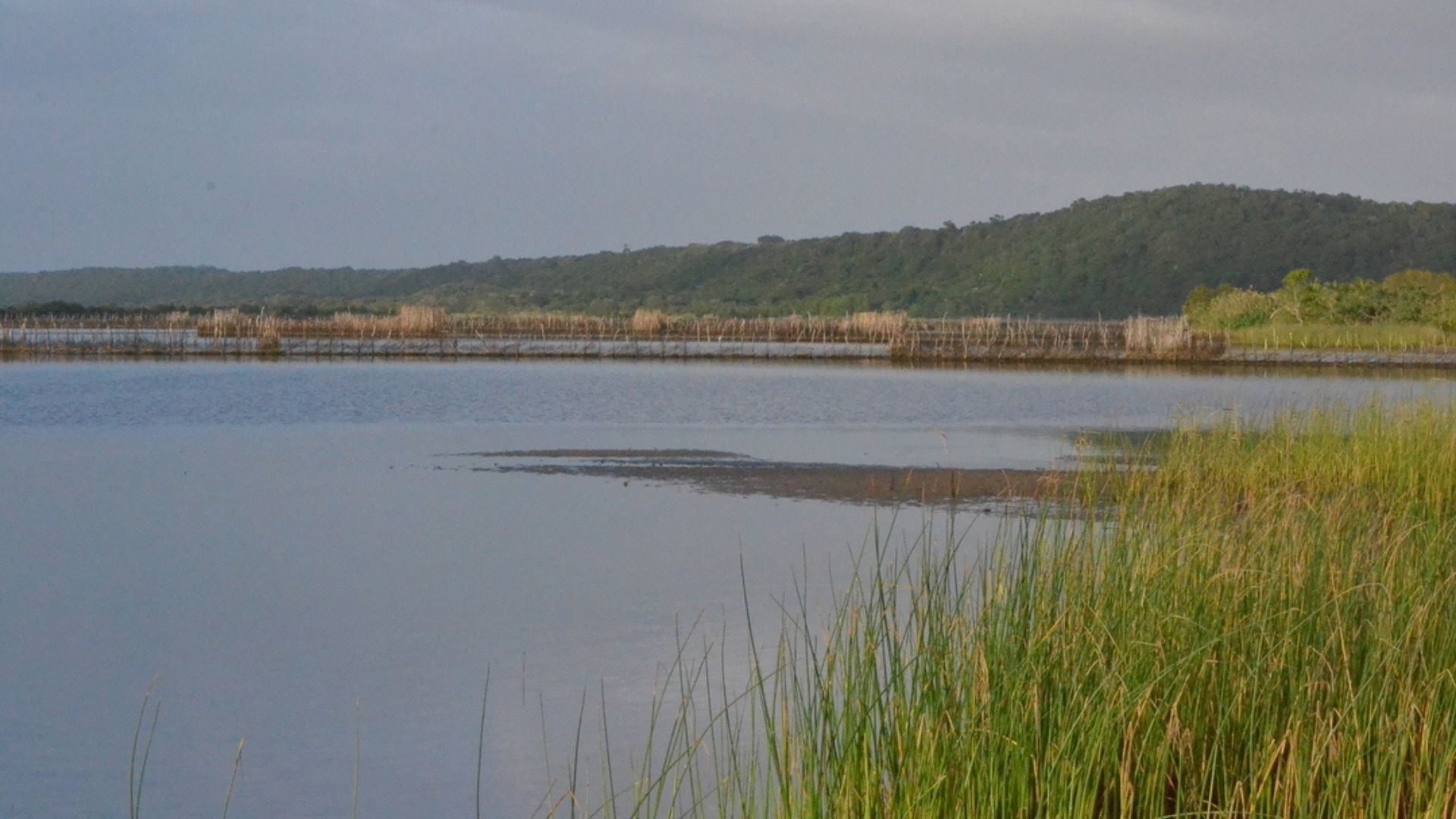 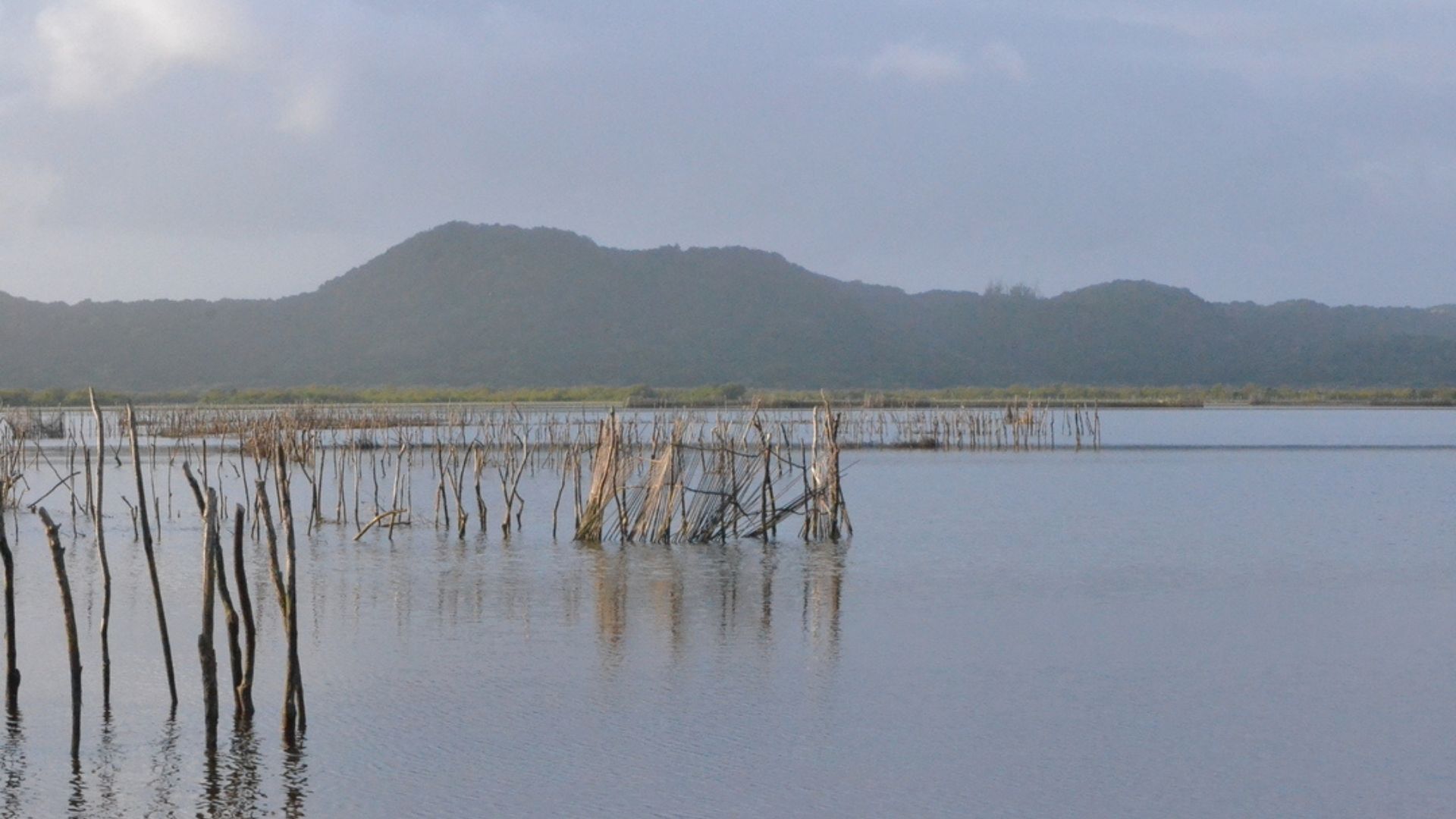 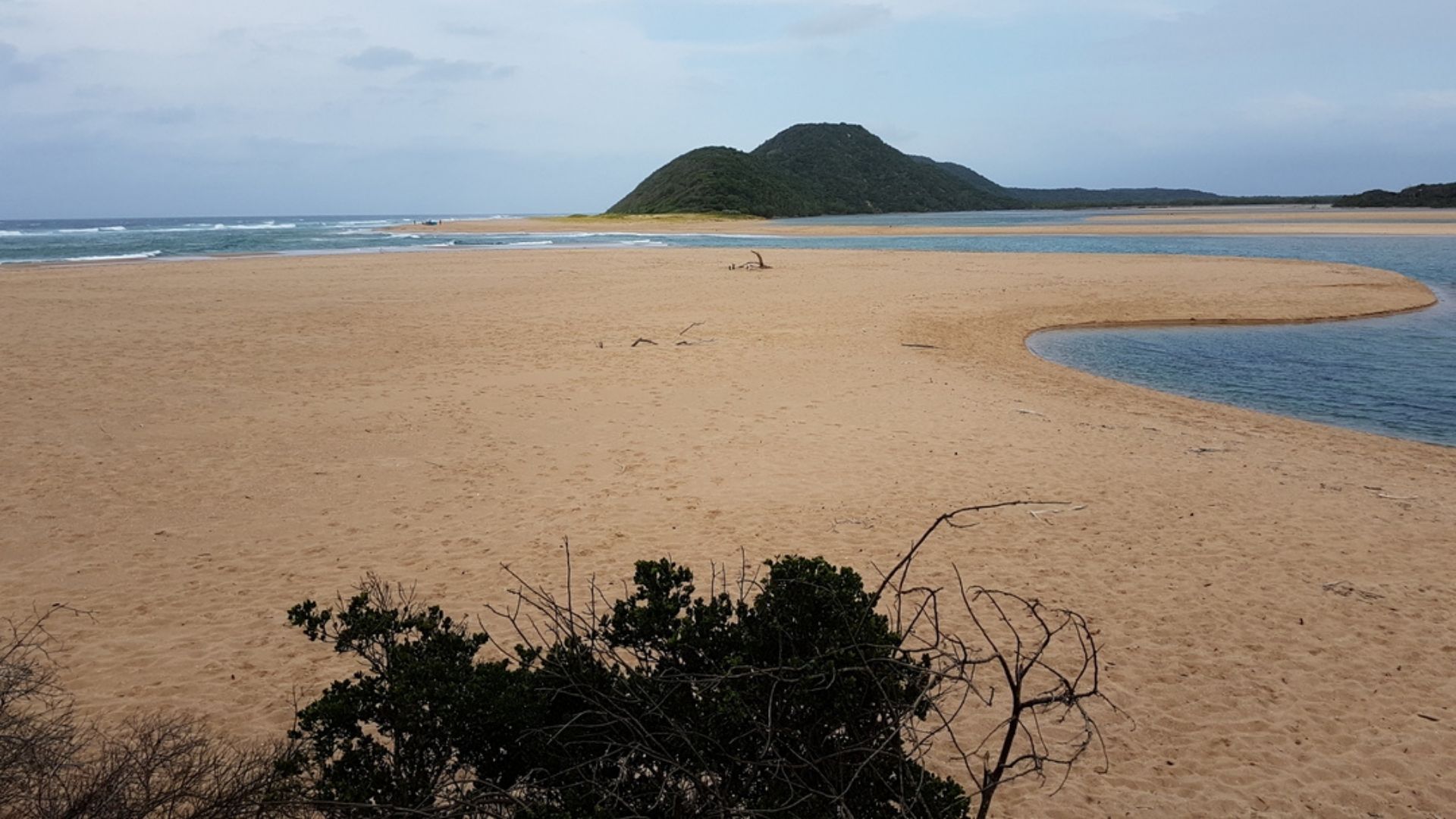 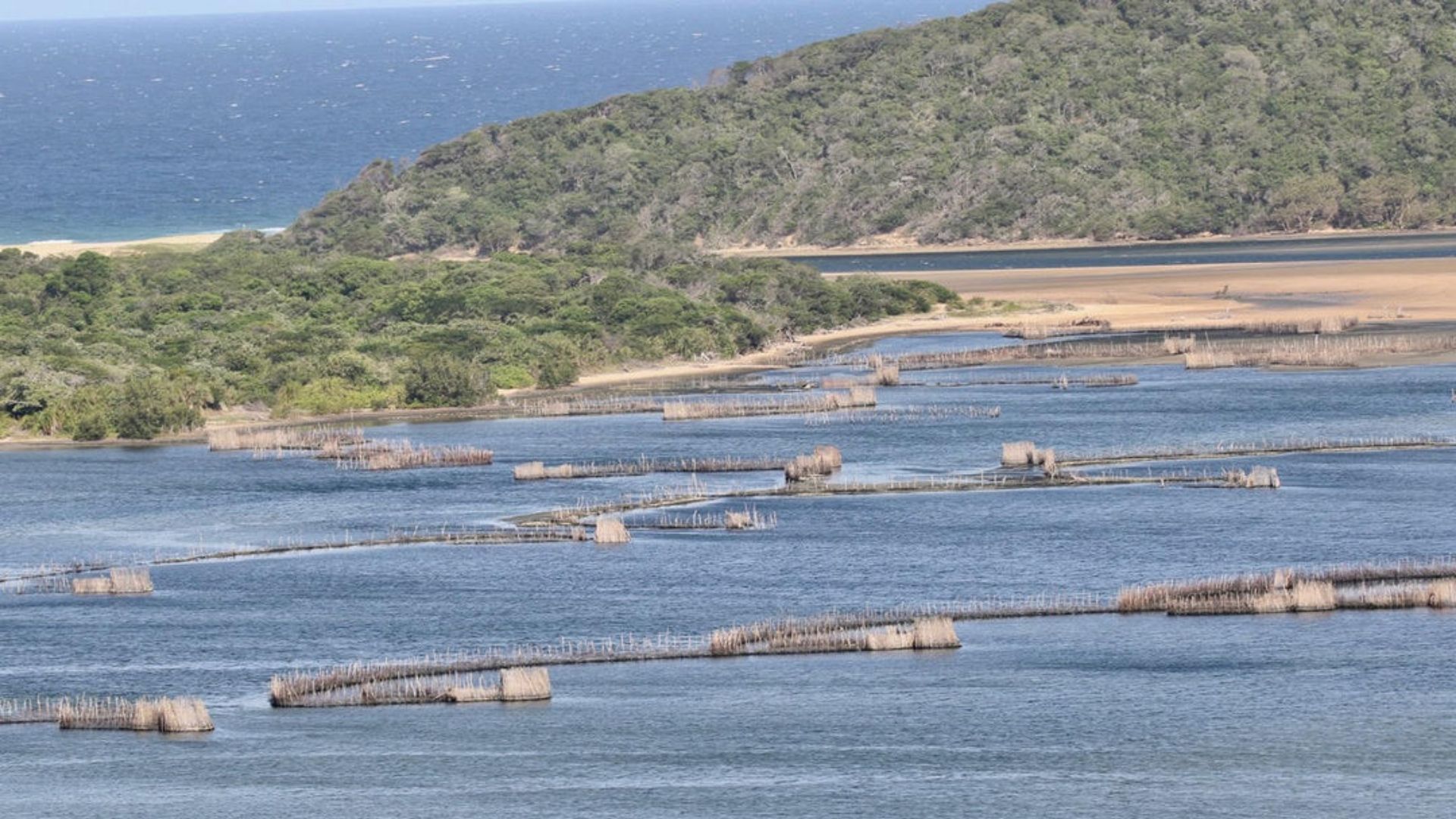