Located in the large arc of Algoa Bay, to the east of Port Elizabeth, this 40 hectare collection of coastal islands is clustered in two groups of three islands each: the St Croix group, comprising St Croix, Jahleel and Brenton islands; and the Bird Island group, consisting of Bird, Seal and Stag islands, as well as Black Rocks. St Croix Island lies 4km from the mainland and is situated between the mouths of the Coega and Sundays rivers, 21km north-east of the harbour at Port Elizabeth.

This rocky 12 hectare island rises to 58m a.s.l. and supports minimal vegetation. A high ridge runs from east to west across it, overlooking the research dwellings and a concrete landing jetty. The Bird Island group lies some 40km east of the first group (53km due east of Port Elizabeth) and 7km from the nearest landfall at the Woody Cape Section of Addo Elephant National Park. Bird Island, at 19 hectare, is the largest of the Algoa Bay Islands and is relatively flat, rising to only 9m a.s.l. Seal Island is small (0.6 hectare) and lies 360 m north of Bird Island, while Stag Island, located 320m north-west of Bird Island, is even smaller (0.1 hectare) and comprises a raised central shingle deposit covered with sparse vegetation and guano. Much of the island group is thinly covered with mixed vegetation and plants forming localised thickets that provide cover for some seabirds. The Algoa Bay Islands are of considerable importance as they are the only islands along a 1 777km stretch of coastline between Cape Agulhas and Inhaca Island in Mozambique.

Some 14 seabird species, several shorebirds and 33 terrestrial bird species have been recorded on the Algoa Bay Islands. Moreover, the Algoa Bay islands are ranked as an IBA for their global conservation significance in supporting breeding populations of eight bird species. Among the most important of these are the African Penguin, Cape Gannet, Cape Cormorant, Roseate Tern, and African Oystercatcher. Among the islands, St Croix supports the largest remaining breeding population of African Penguins – estimated as ±26 000 individuals. Cape Gannet breed at very few localities, though Bird Island hosts roughly 250 000 pairs; the largest gannetry anywhere in the world. Furthermore, these are the only islands off southern Africa where Roseate tern breed regularly and in significant numbers (±200 pairs, annually). African Oystercatcher, Cape Cormorant and Kelp gull are found throughout the Algoa Bay Island complex. Lastly, Antarctic Tern roost on the islands in their thousands during the winter months, regularly holding 10% – 20% of the estimated total Afro-tropical non-breeding population.

In terms of other biodiversity, St Croix holds populations of the Bay endemic Tasman’s Girdled Lizard and the Spotted Thick-toed Gecko.

With close to 3000km of coastline, South Africa boasts one of the richest marine environments anywhere in the world. The oceanography is dominated by two major currents – the Agulhas Current, a warm water current flowing down the south coast, and the Benguela Current, a cold-water current flowing up the west coast. Moreover, several large upwelling and frontal systems are present along the coastline creating incredibly rich and productive feeding areas for diverse marine species including seabirds.

Of the 350-odd species of seabird found worldwide, more than 130 have been recorded in South African waters including 12 species that are endemic or near-endemic. Notable among these are the African Penguin, Cape Gannet, Damara Tern and Bank Cormorant. These species breed at several localities broadly distributed between Ichaboe and Halifax Islands near Luderitz in Namibia, and the Bird Island group in Algoa Bay along the south coast of South Africa. Virtually all the seabird colonies are on offshore islands, with only a handful of mainland breeding sites. All are Nationally protected given the unfavourable conservation status and negative population trends of many of our breeding seabird species, and few of the colonies are accessible to birders. Nonetheless, these sites are included given their importance as nesting sites for several key endemic species. Notable sites in the Eastern Cape include the Bird Island and St Croix Island groups, both of which are included in the marine section of the greater Addo Elephant National Park.

Access to both islands is strictly limited to research and national park personnel only, though it is possible to view both island groups from a boat.

Recommended accommodation nearby:
No Birder Friendly Establishments are currently available in Port Elizabeth, although a variety of accommodation options are available to suit all budgets and requirements.

Local guide information:
Access to the Algoa Bay Island Nature Reserve is strictly prohibited, though boat trips to view the islands can be arranged in optimal weather with: 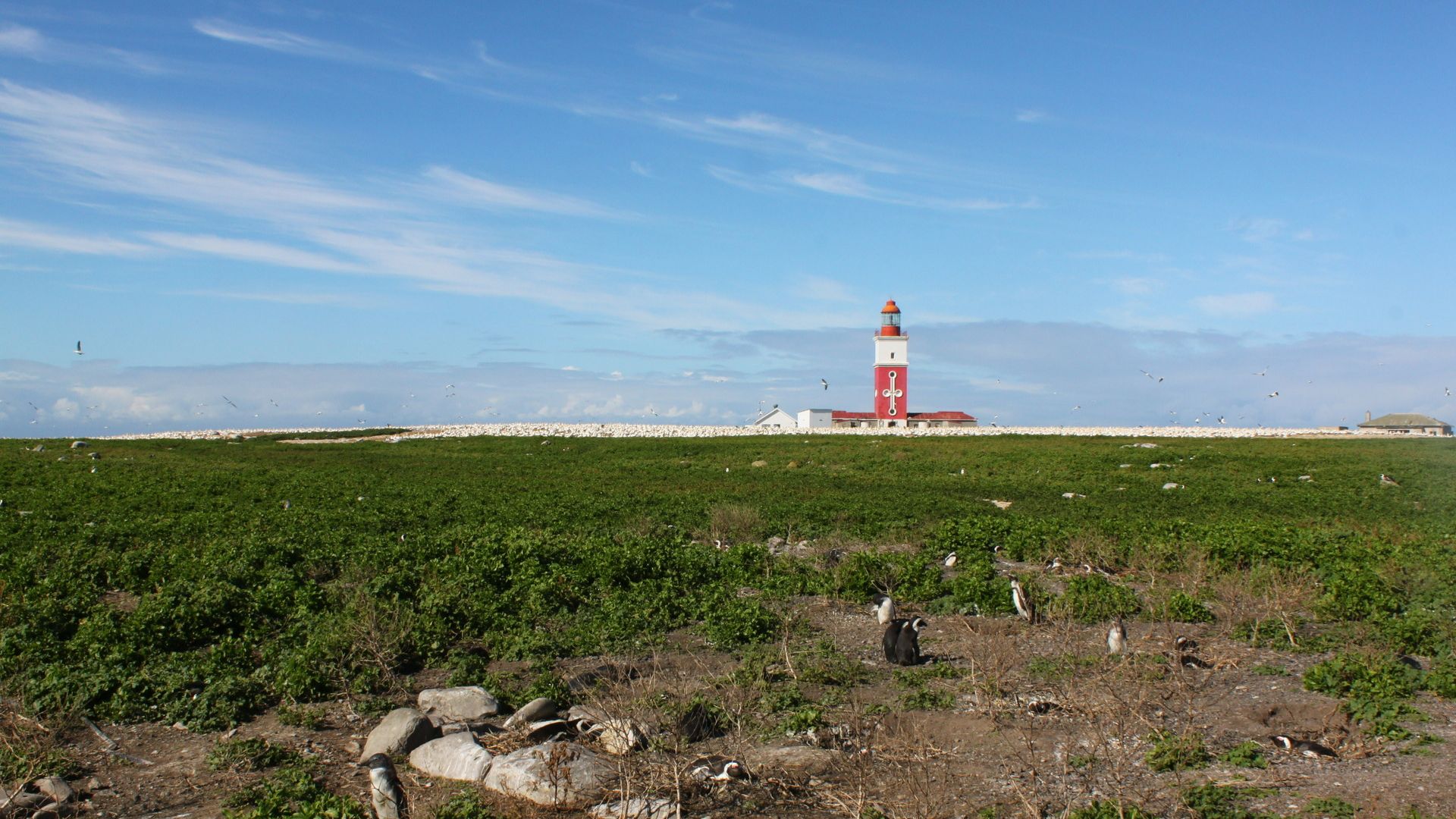